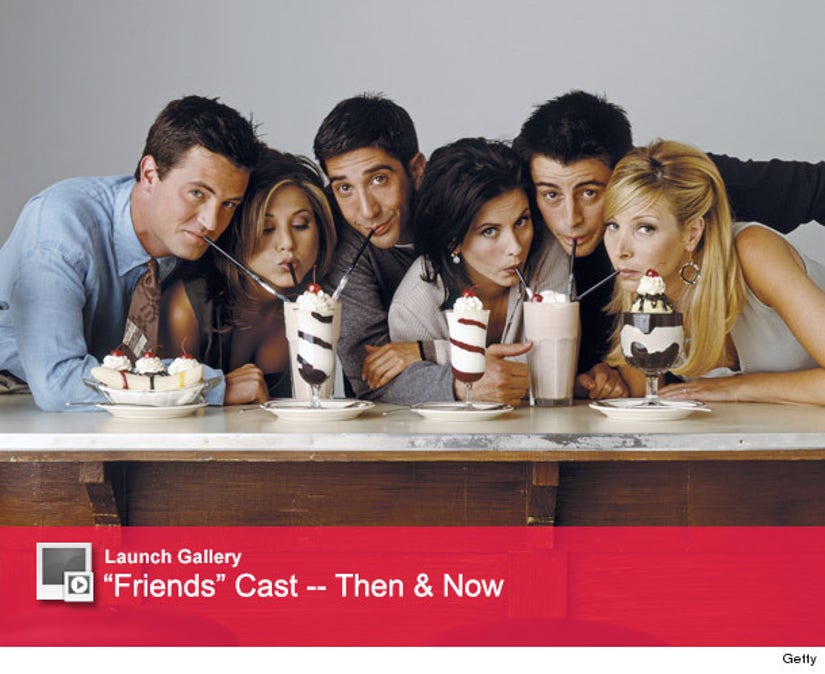 While Courteney Cox and Lisa Kudrow were on hand to celebrate Jennifer Aniston's wedding with Justin Theroux last week, at least two of her "Friends" costars never even got an invitation.

"It was a surprise to me as well," Matthew Perry said to People about the wedding last night. "They're a lovely couple, and I'm happy for them."

Another MIA costar: Matt LeBlanc, who also missed out on her wedding to Brad Pitt back in 2000.

"I think they're a great couple. I think she's happy. And that's all I care about is that Jen's happy," LeBlanc also told the publication. "If she wanted me there, I would have been there."

"I missed when she married Brad," he continued. "I was in Austria working. She called me, and she was like, 'You're really not coming to my wedding?' And I was like, 'I asked them if they could change the schedule. I would fly and clap and fly out.' And they said, 'We can't do it. It's too tight.' It was a small-budget movie in Austria you've never heard of. Probably should have left anyway, but s**t happens. What are you going to do?"

No word on whether David Schwimmer scored an RSVP card.

Other guests who were on the small guest list included Ellen DeGeneres, Orlando Bloom, Chelsea Handler, Sia, John Krasinski, Lake Bell and Terry Richardson-- who was the only one allowed to snap photos during the nuptials.

Howard Stern also gave a speech at the event -- and, on his Sirius show yesterday, he revealed some more details about the ceremony.

"I complimented Justin's mother on raising such a wonderful son," Stern said of his speech. "I love him. I told Jennifer that she deserved a guy like this, because after all, she's been very sweet and generous with us. But Justin and his body. His abs, his ass. Look at him. I'm giddy over him! Although Orlando Bloom blows him away."