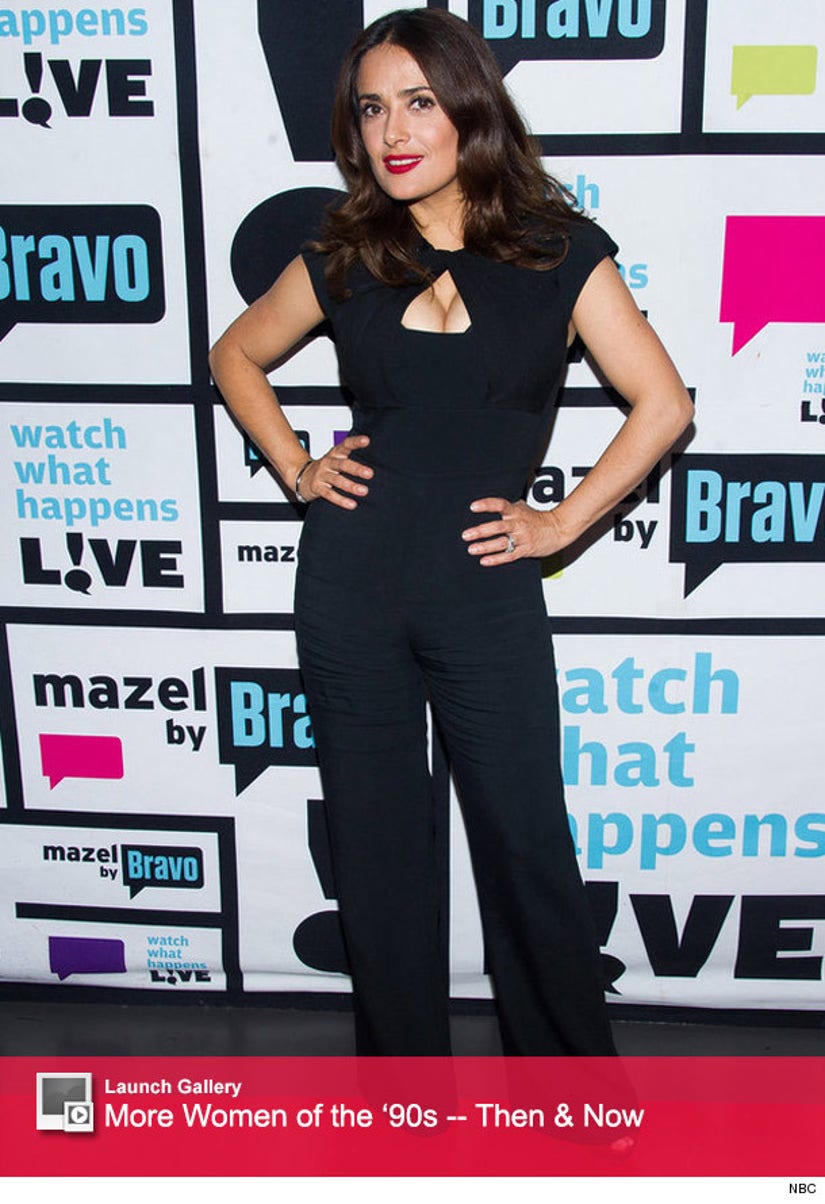 Salma Hayek is dishing on her dark past ... sort of.

The star stopped by "Watch What Happens Live" on Wednesday night and played an interesting game of "Never Have I Ever" alongside actor Craig Robinson.

The 48-year-old actress' answers remained innocent until the host asked if anyone had ever shoplifted. The "Frida" actress shocked the room when she revealed that she had, in fact, stolen before.

Watch the clip below to see Salma's response when asked if she's ever sent someone a naked photo of herself.

That wasn't the only confession Salma coped to! During a call-in portion of the show, a fan asked if she would ever "bang" her "Grownups" co-star Adam Sandler.

"That would be complicated, because his wife is kind of my wife," she joked. "She is the one taking care of my children when we're doing the movies and she helps me with everything and we're very good friends. It's really hard to find a good wife, I wouldn't jeopardize that."

Later in the show, Andy also had the star play a round of "Will Salma Eat It?!" and gave his guest a number of exotic dishes to try.

The mom-of-one turned out to be a pro at the game and proved she had an adventurous palate after eating deep fried frog legs and stir fried silk worms.

Watch the full clip above to see the star reveal the one thing she'll never eat!