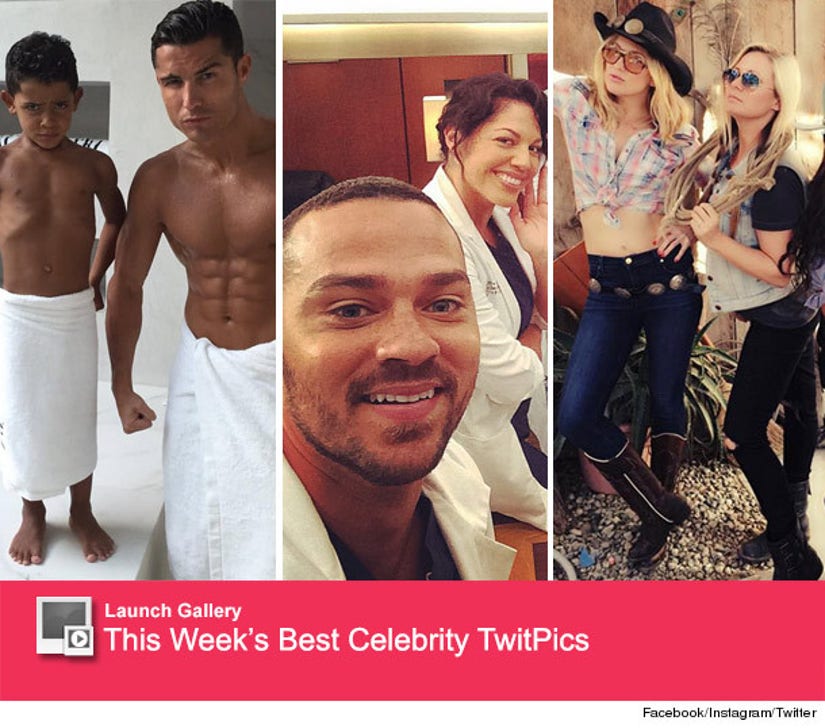 This week, Cristiano Ronaldo shows off his chiseled chest while posing in a towel with his adorable lookalike son, Kate Hudson channels her inner cowgirl and Jesse Williams shares a cast photo from the new season of "Grey's Anatomy."

Elsewhere, Paris Hilton takes her private jet (with her adorable pup) to Corsica for her latest DJ gig, comedian Chris D'Elia spends the day with his adorable "crew" and Kaitlyn Bristowe changes up her look with super long hair extensions.

Plus, Kevin Hart soaks up the sun with his fiance Eniko Parrish on a giant yacht, Sam Hunt enjoys a boys' night out and Joe Jonas shares pictures from his surprise birthday party ... thrown by girlfriend Gigi Hadid!

Click "Launch Gallery" above to see these stars' personal photos and even more celeb candids in this week's best celebrity TwitPics!