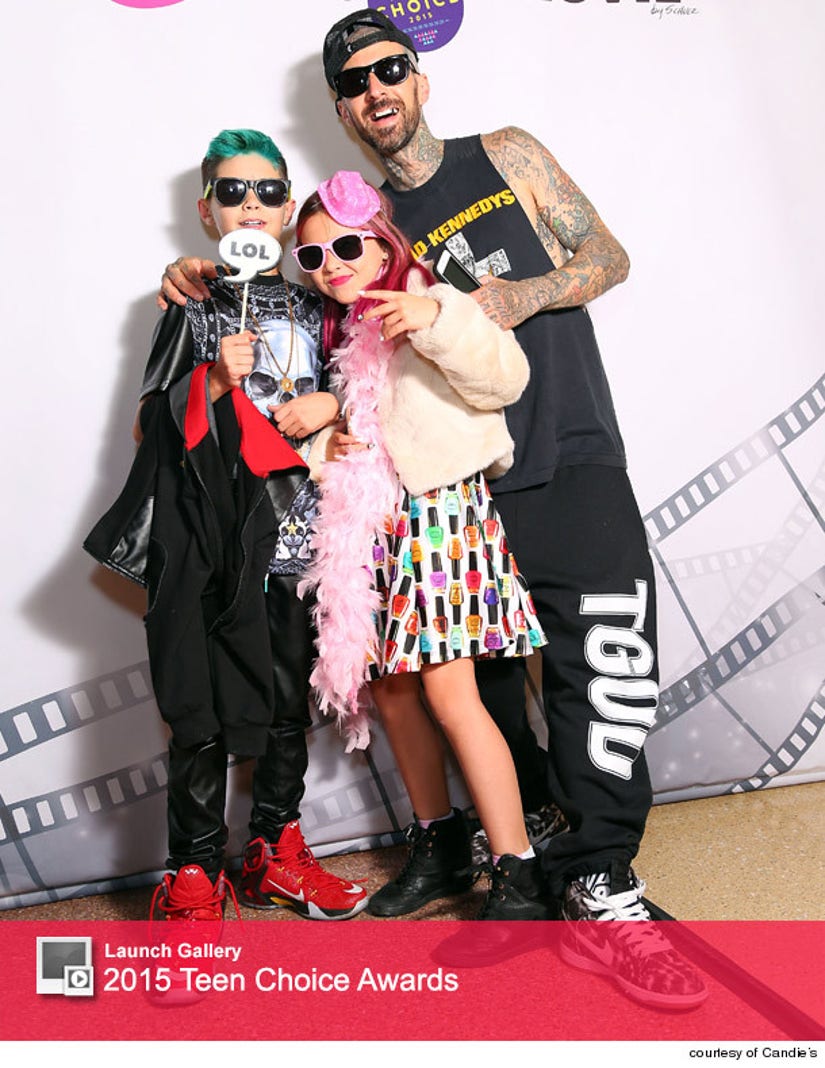 It's been 10 years since Travis Barker and Shanna Moakler's MTV reality show, "Meet the Barkers" -- and wow, is it crazy to see how much their children have grown since the series!

The Blink 182 drummer brought his kiddos to the 2015 Teen Choice Awards on Sunday night, where the trio posted for silly pictures together backstage at Candie's photobooth.

The rocker kept it casual for the star-studded event, sporting a black tank top, black sweatpants and a matching baseball hat.

His son looked like a mini version of his dad, rocking a black skull T-shirt, black leather skinnies, red sneakers and a green-tipped 'do. His daughter, meanwhile, looked cute in a nail polish-printed dress, fur jacket and fun pink accessories.

Can you believe how big they are now?!

Daughter Alabama, who was born during filming, celebrated her 10th birthday in June, while Landon turns 12 in October. 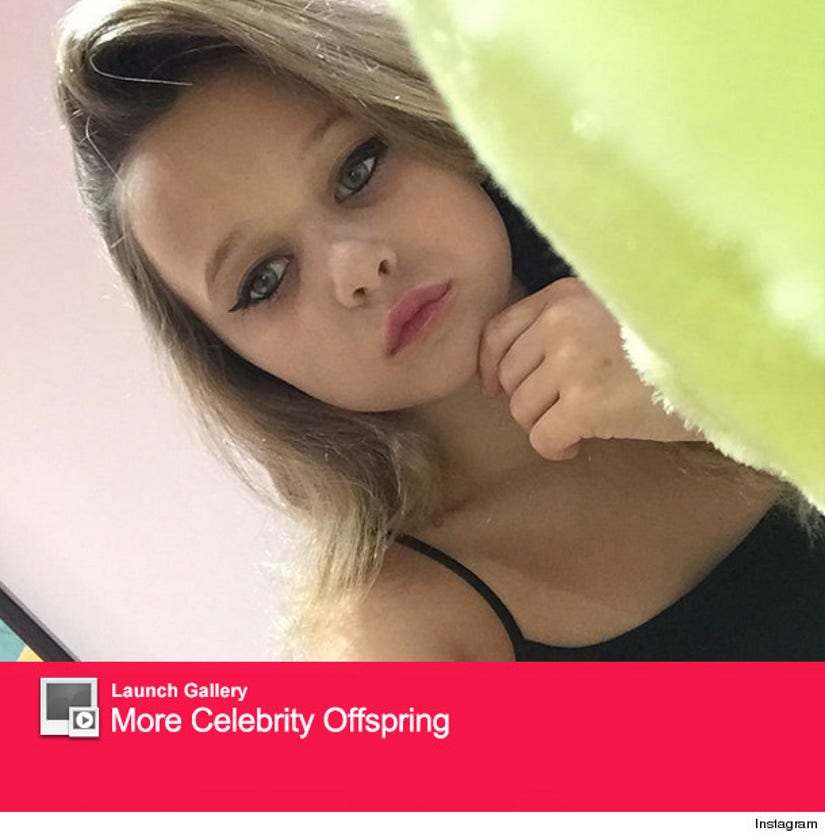 While 10 is a little young to be sporting a full face of makeup, Little Alabama is a dead ringer for her mom, Shanna Moakler.

It's great to see the two kids looking happy and healthy, even after their parents went through a nasty split. The two were both arrested in December after making death threats against each other. The estranged couple was still living together at the time -- 9 years after their separation.

Check out all the stars on the red carpet at the Teen Choice Awards in the gallery at the top!