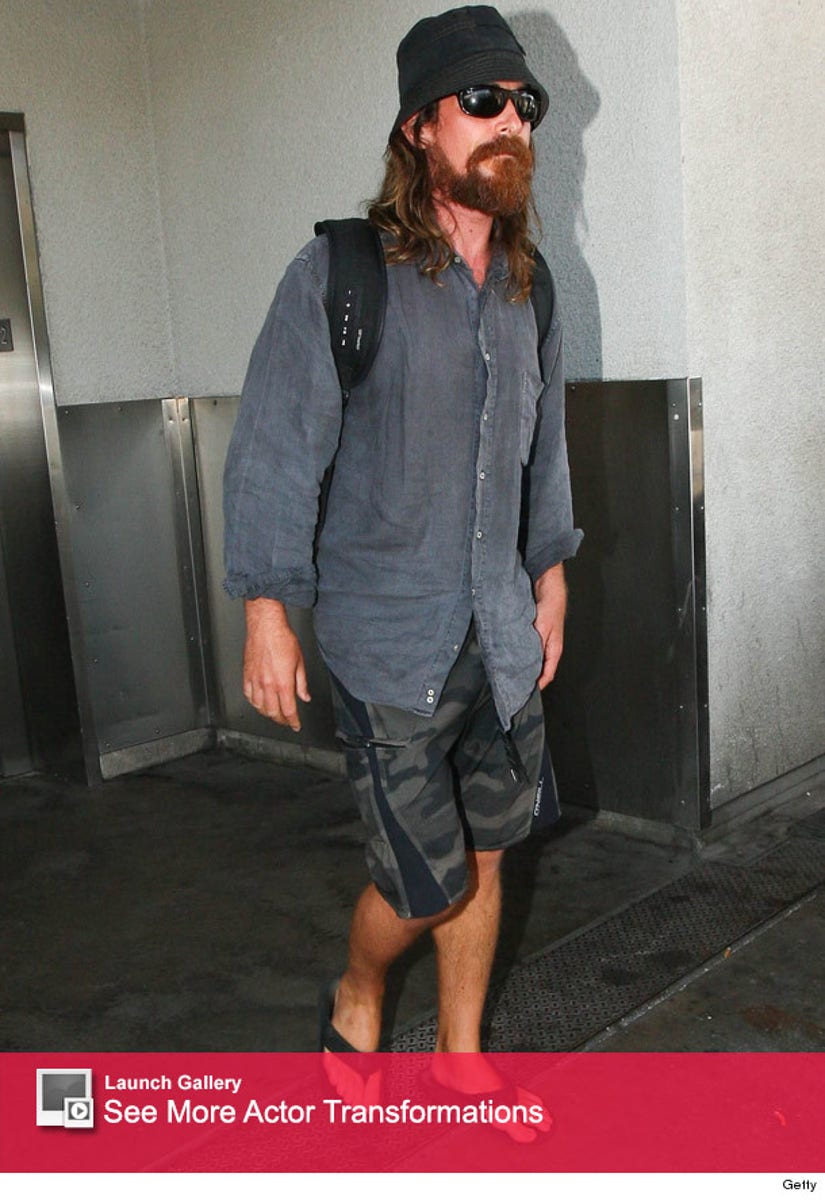 We really hope this is for a movie ...

Christian Bale stepped out at LAX on Monday looking a lot scruffier than usual. While the actor has been sporting longer hair and a beard for some time, it looks like he's taken it to a whole new level!

Clad in a button up shirt, camouflage shorts, bucket hat, flip-flops and a pair of shades, the "Dark Knight Rises" star was nearly unrecognizable as he made his way out of the airport.

This is definitely a fair cry from his clean cut Bruce Wayne ﻿days.

While the 41-year-old's days as the iconic character might be over, he did give some sound advice to Ben Affleck, who will be taking on the role in "Batman v. Superman: Dawn Of Justice."

"Before we started the movie I was getting my kid a Halloween costume. My son is really into Batman," Affleck revealed during Comic Con at a panel for the flick. "We went to a costume store in Los Angeles... it was pretty empty. And I was in the aisle and I heard this 'Oi!', and I turned around, and it's Christian Bale!"

The Oscar winner asked the British actor if he had any tips for taking on the role. His response? "Make sure you can piss in that suit."

What do you think of Christian's scruffy look? Sound off below then click "Launch Gallery" for more actor transformations!