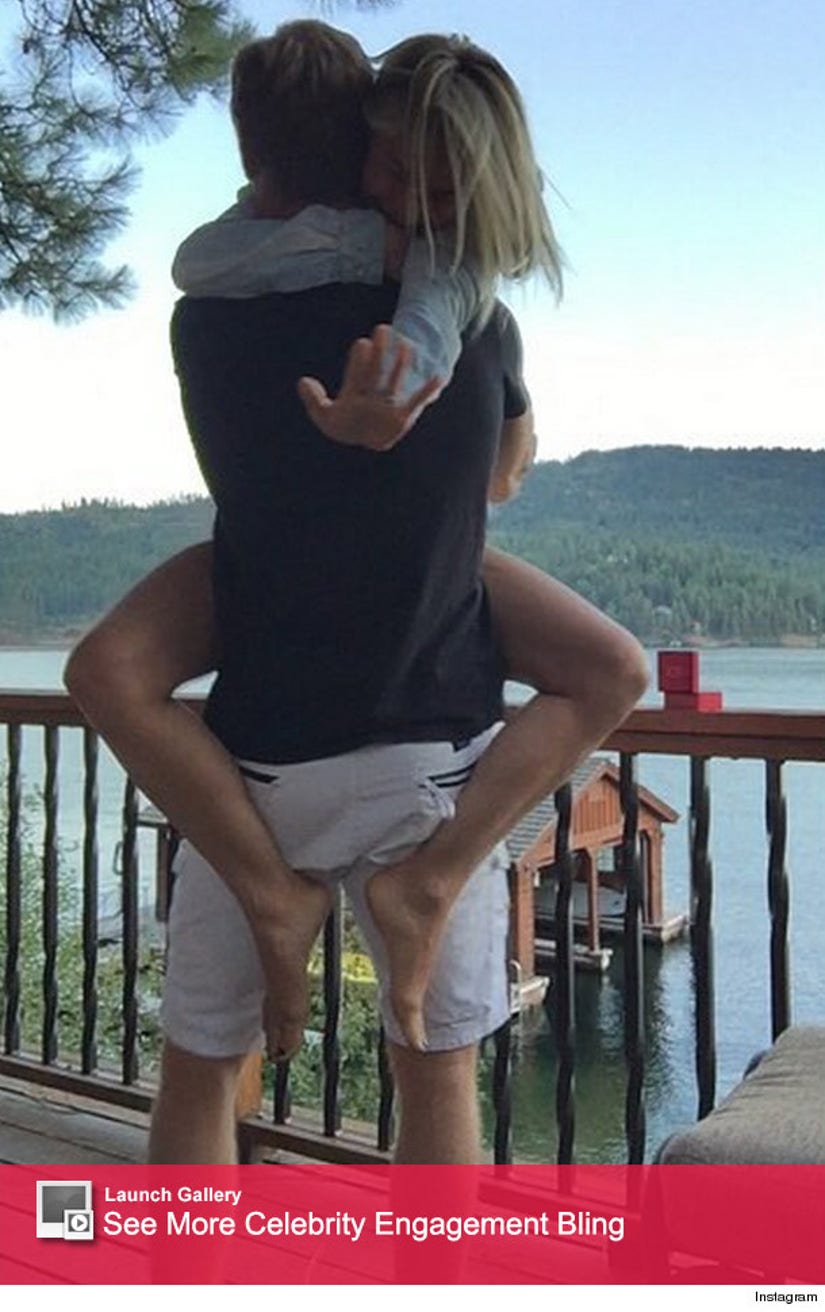 Julianne Hough is getting hitched!

The "Dancing With the Stars" judge took to Instagram to announce that's she engaged to boyfriend Brooks Laich.

"We are overwhelmed with joy and excitement to share with you our recent engagement! #fiancé #love," she captioned the pic, where she's seen gazing at her new ring as she wraps her legs around her hunky hubby-to-be.

PHOTOS: Wait'll You See Julianne's Fiance WITHOUT a Shirt! 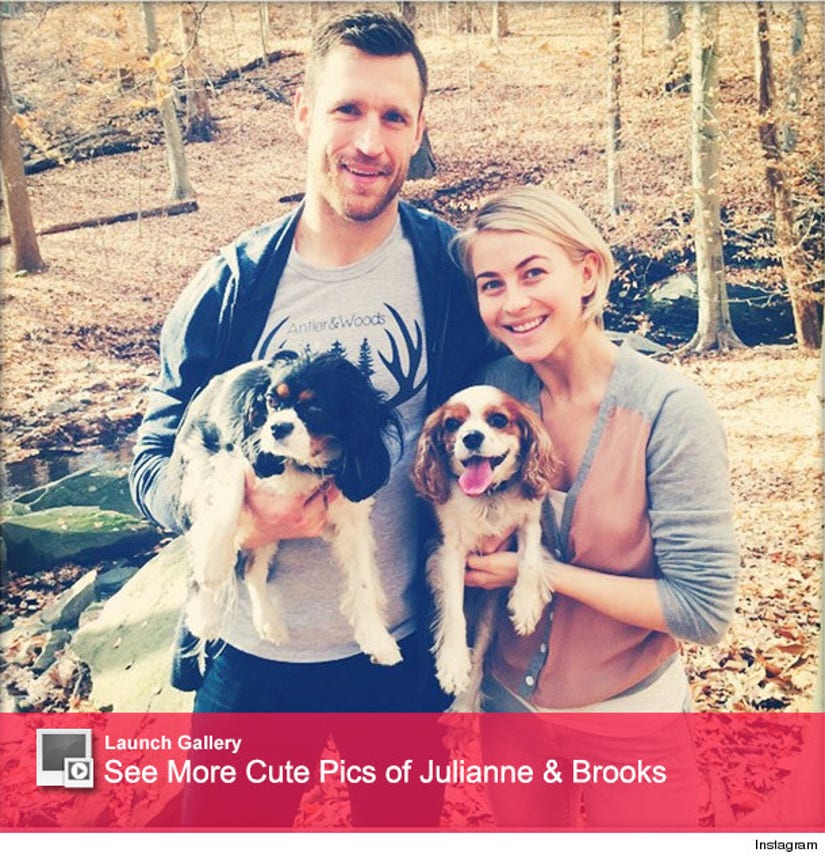 Hopefully, we get a closer look at that sparkler soon!

The "Safe Haven" actress and her Washington Capitals beau started dating in 2014 after being set up by their mutual friend, Teddy Sears. Before Laich, Hough and Ryan Seacrest were a couple for nearly three years until their relationship ended in March 2013. 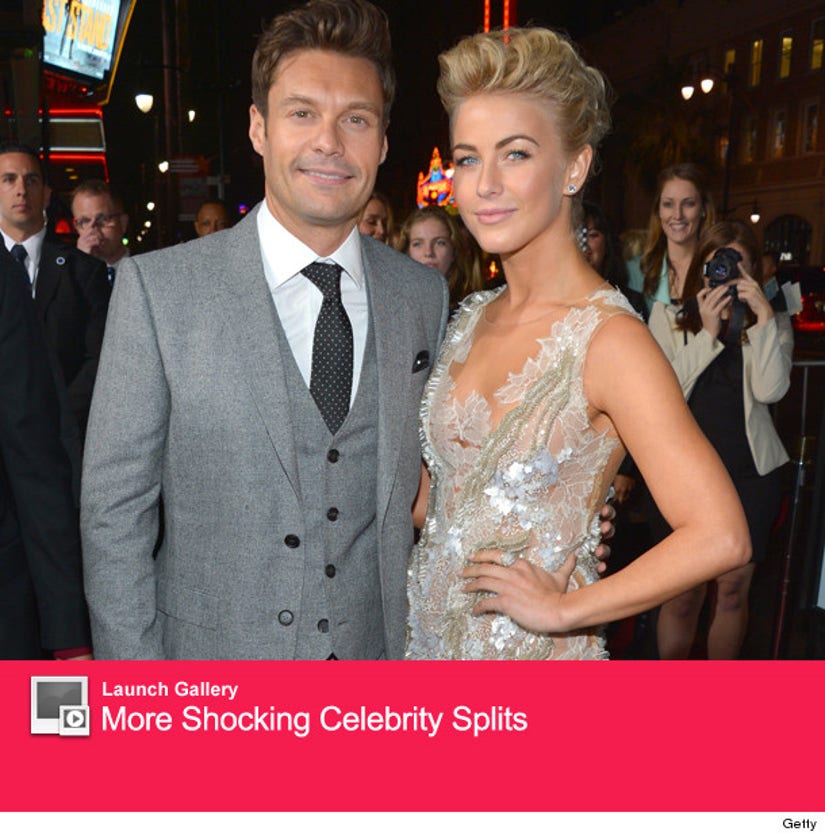 Julianne opened up about her very public split from the "American Idol" host earlier this year, admitting that the breakup took its toll on her heart ... and her hair!

"A little while after [I cut my hair for "Safe Haven"], when I cut ties with my relationship, I chopped more," she told Allure in March. "It was about changing it up and beginning fresh — in the movie but in real life, also."

Hough also learned to heal by reciting her "power virtues" at the start of each day. "A power virtue is who you want to be. I say the words, 'I am' beforehand," she said, explaining that her goal was to be more honest last year.