Tori Spelling is back in the hot seat ... but this time, it has nothing to do with her marriage woes.

In the clip above, we see Donna Martin herself admit that she's hooked up with more than one of her costars from the primetime soap -- and, one of them, she's never talked about before! 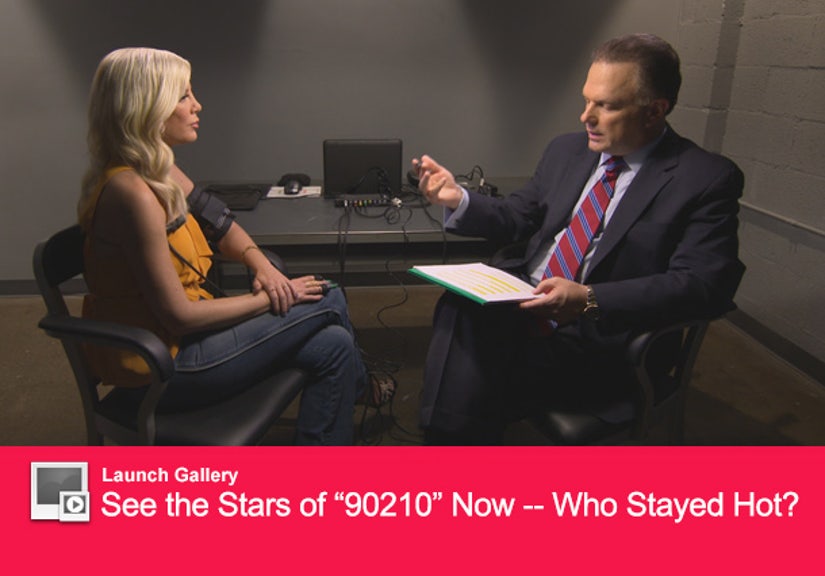 "I was a young girl, Brian [Austin Green] and I were the youngest, we were 16 and I remember the first time I shook his hand, I had that ... I fancied him," she revealed, saying it was more than just sex between them and getting "chills" while talking about him.

Host Louise Roe presses on though, grilling her on who else she got intimate with during her time on the show.

By process of elimination, she whittles it down to Luke Perry and Jason Priestley -- who do you think it was?!

PS: Our money's on Luke.