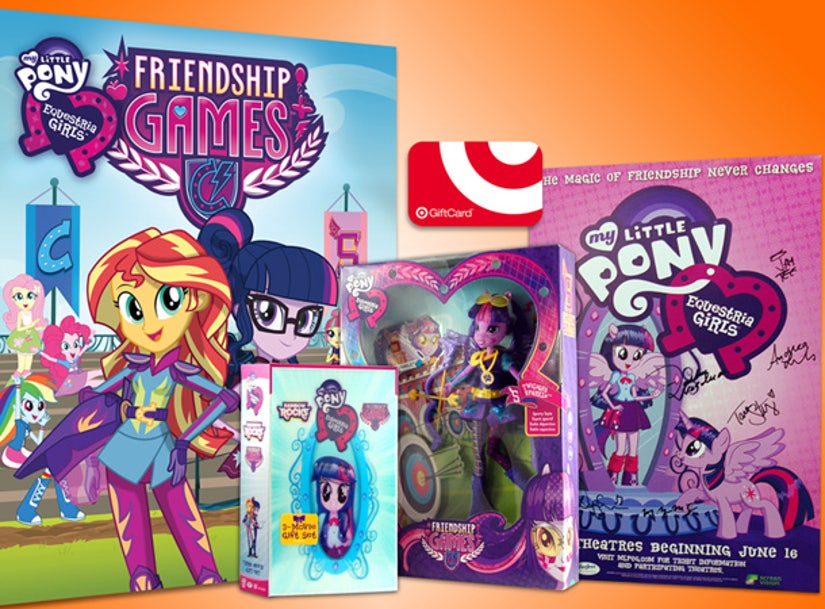 In the fun flick, Canterlot High meets its rival school, Crystal Prep Academy, in a competition that's a long-standing tradition – The Friendship Games. Sunset Shimmer is tasked with keeping magic out of the games to avoid the appearance of impropriety while she and her friends compete against Crystal Prep's top students led by someone with an equal amount of interest in Equestrian magic – this world's Twilight Sparkle.

To mark the movie's release, we've got a special prize pack for one lucky winner, which includes:

Get your copy on Blu-ray and DVD when the film hits stores and VOD on October 13 -- and be sure to enter to win below!