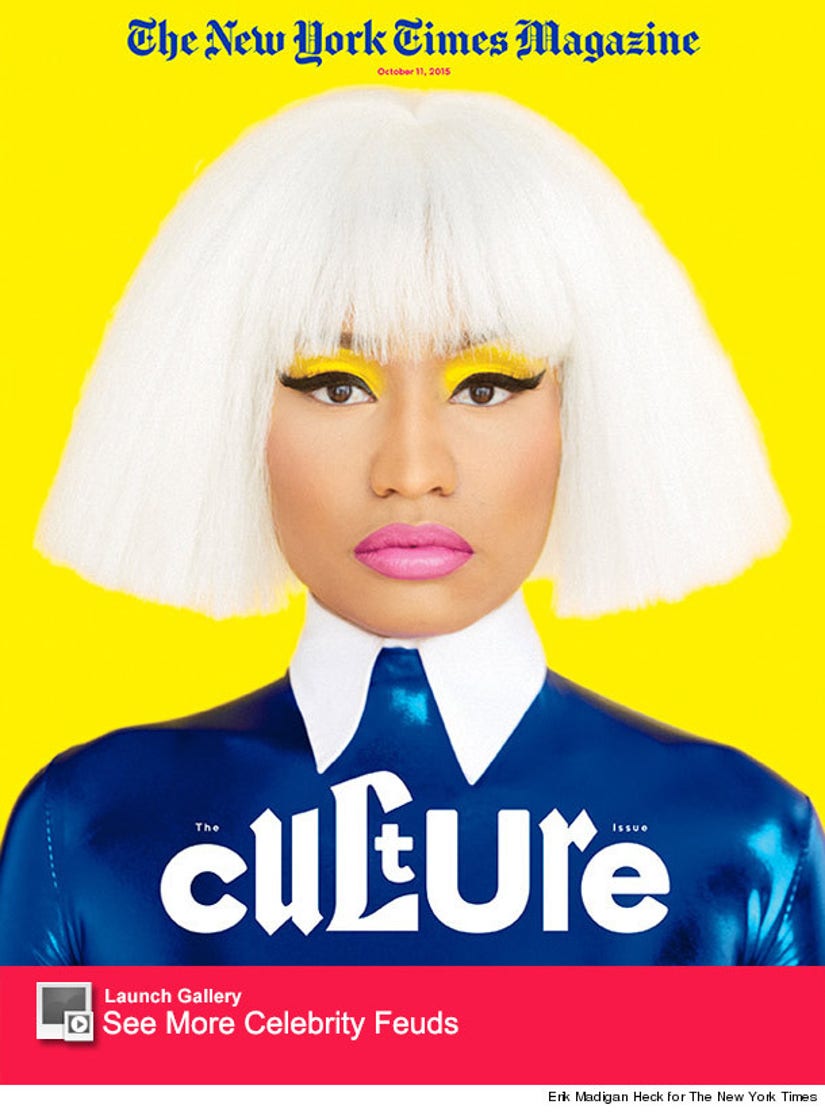 The rapper got extremely candid about her feud with Miley Cyrus in the new issue of the New York Times Magazine.

You might remember, the pop stars first started fighting when Miley commented on Nicki's Twitter war with Taylor Swift ... which started after Minaj's music video for "Anaconda" didn't get nominated for Video of the Year.

"If you do things with an open heart and you come at things with love, you would be heard and I would respect your statement. But I don't respect your statement because of the anger that came with it. And it's not anger like, 'Guys, I'm frustrated about some things that are a bigger issue.' You made it about you. Not to sound like a bitch, but that's like, 'Eh, I didn't get my VMA.' If you want to make it about race, there's a way you could do that. But don't make it just about yourself. Say: 'This is the reason why I think it's important to be nominated. There's girls everywhere with this body type.' What I read sounded very Nicki Minaj, which, if you know Nicki Minaj is not too kind. It's not very polite. I think there's a way you speak to people with openness and love," Miley said in an interview with the New York Times.

The interview prompted Minaj to call out Miley while onstage at the 2015 MTV Video Music Awards after Nicki was awarded with the Moonman for Best Hip Hop Video. 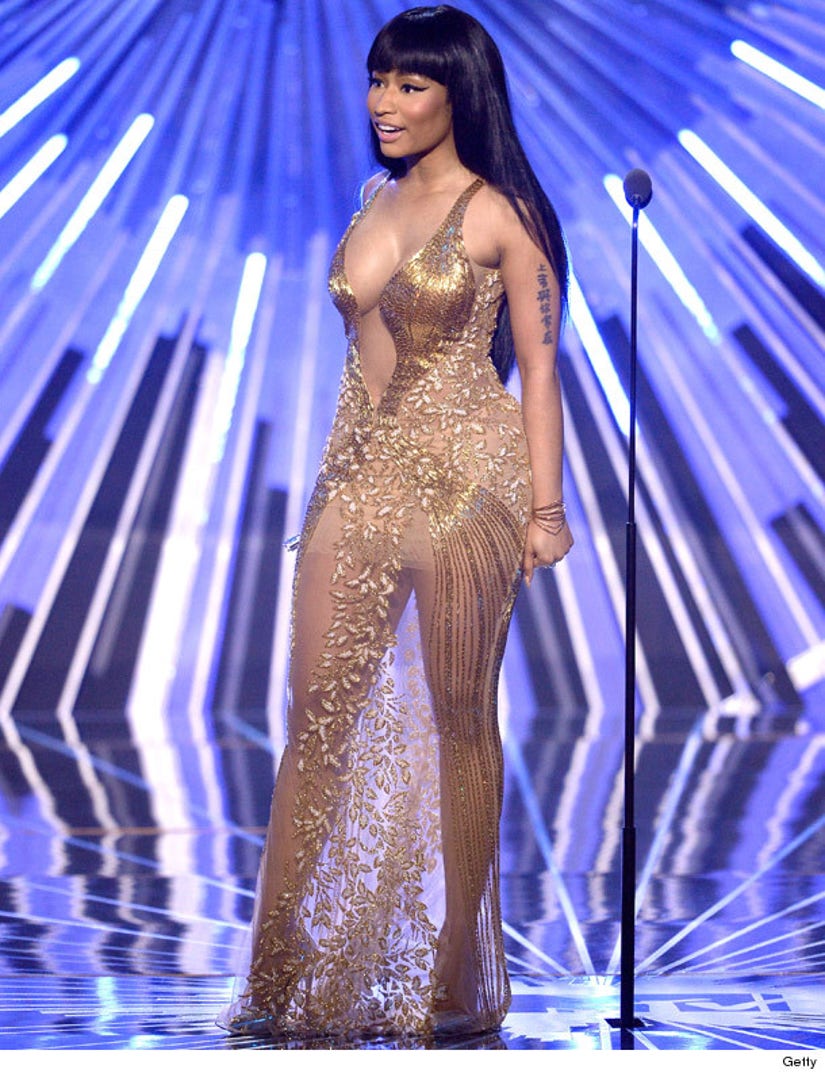 "Now back to this bitch that had a lot to say about me the other day in the press. Miley, what's good?," she shouted at the host, who was on another stage across the room.

"We're all in this industry, we all do interviews and we all know how they manipulate," Miley responded, keeping her cool. "Nicki, congratulations."

Now, two months later, Minaj is revealing why she got so heated with the 22-year-old in the first place.

"The fact that you feel upset about me speaking on something that affects black women makes me feel like you have some big balls," the "Starships" singer told New York Magazine.

"You're in videos with black men, and you're bringing out black women on your stages, but you don't want to know how black women feel about something that's so important? Come on, you can't want the good without the bad. If you want to enjoy our culture and our lifestyle, bond with us, dance with us, have fun with us, twerk with us, rap with us, then you should also want to know what affects us, what is bothering us, what we feel is unfair to us. You shouldn't not want to know that," she added.

The 32-year-old also opened up about her boyfriend, Meek Mill's feud with Drake. "I hate it," Minaj confessed. "It doesn't make me feel good. You don't ever want to choose sides between people you love. It's ridiculous. I just want it to be over."

And when the "Feeling Myself" rapper was asked if she enjoys the drama, Nicki shut it down. "That's disrespectful," she said to the interviewer. "Why would a grown-ass woman thrive off drama?"

What do you think about Nicki's candid comments? Sound off below and check out the gallery above to see more celebrity feuds!