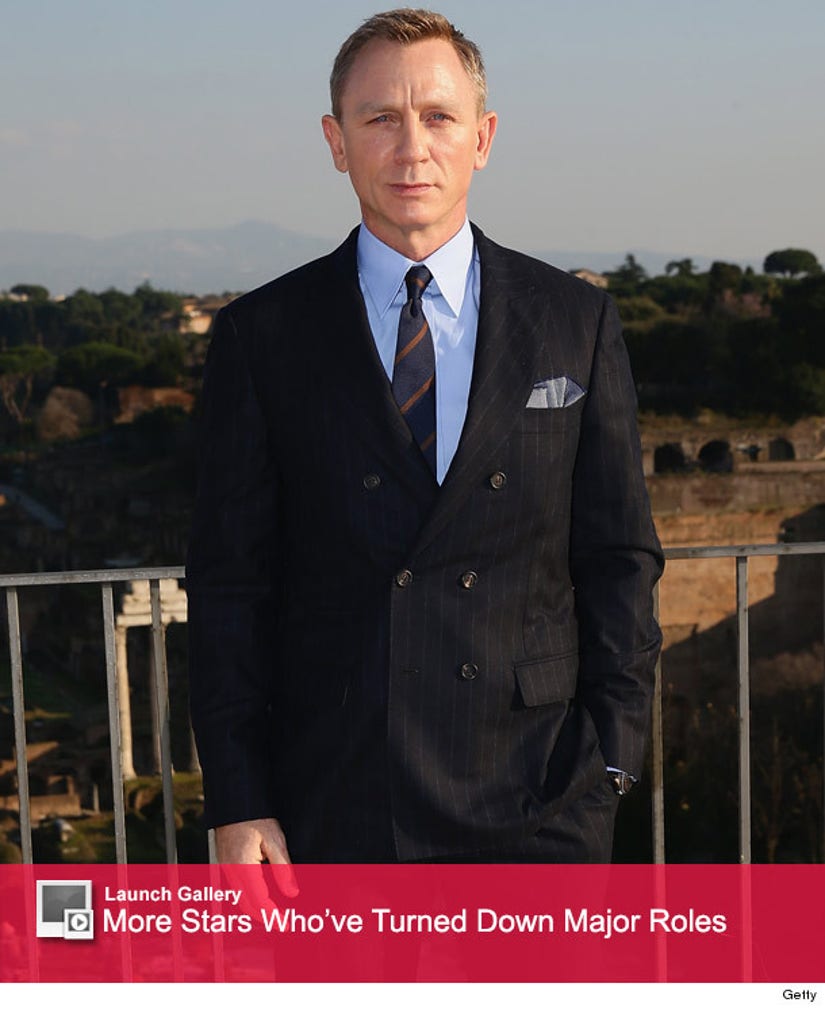 Daniel Craig sounds like he needs a serious break!

The actor got extremely candid about renouncing his James Bond title while chatting with Time Out London.

"Spectre" -- which hits theaters November 06 -- will be Craig's fourth run at playing Bond, and he's ready to say goodbye to the iconic spy franchise for good.

"I was contracted to do another one. That was all set up," he told the site. "But at the studio there was a real keenness to get it done as soon as possible. In fact, there was a conversation at one point that went: 'Let's film two movies back to back.' I just went: 'You're out of your f***ing minds.' In the nicest possible way."

And when asked if he'd consider doing one more Bond movie, Craig didn't hold back his true feelings.

"Now? I'd rather break this glass and slash my wrists. No, not at the moment," he confessed. "Not at all. That's fine. I'm over it at the moment. We're done. All I want to do is move on."

There is one condition under which the 47-year-old would step back into the British Secret Service agent's shoes, though.

"If I did another Bond movie, it would only be for the money," he explained.

While Craig doesn't care who plays Bond next, he only hopes whoever takes on the role makes the movie better.

"Look, I don't give a f**k. Good luck to them!" he said. "All I care about is that if I stop doing these things we've left it in a good place and people pick it up and make it better. Make it better, that's all."

Are you surprised by Criag's candid confessions? Sound off below and see more stars who've turned down major movie roles in the gallery above!