Chris Pratt might not be as well-known as you'd think!

The sexy star teams up with Billy Eichner for a new "Billy on the Street," where they ask unsuspecting pedestrians about the "Jurassic World" star's booming career.

See just how many people have no clue who the actor is in the video above!

"This is one of the biggest stars in the world right now ... who is it?" Billy says to one couple, while pointing to Pratt.

"I have no idea," the woman replies. "It's Chris Pratt!" Billy says. "You know, 'Guardians of the Galaxy'?" he asks. "No, we don't watch TV," she hilariously confesses. 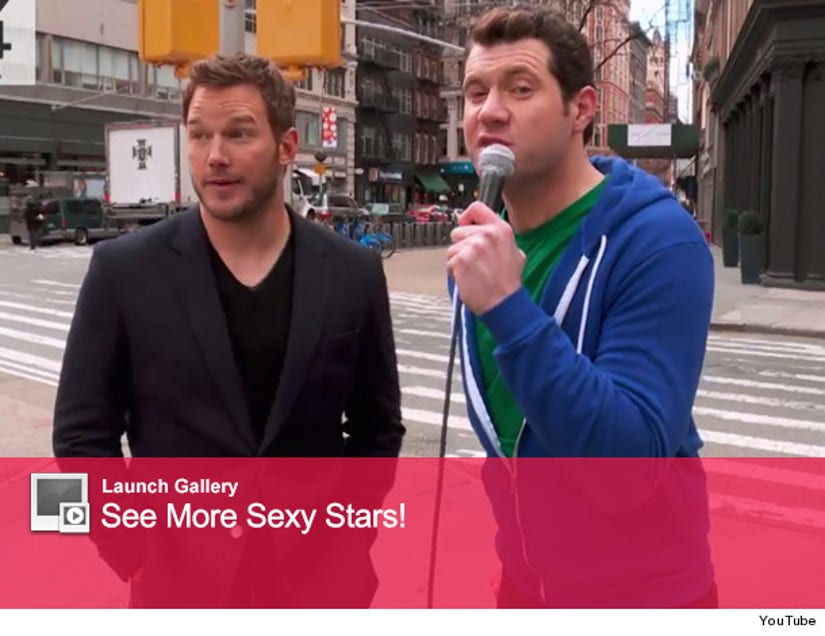 But the couple weren't the only pedestrians who had no idea who the sexy star is -- two men thought he was from VH1, someone else believed he was Josh Duhamel and one eager fan thought he was Chris Evans!

Nevertheless, the "Parks and Recreation" star was a great sport about it all! What do you think about Chris' "Billy on the Street" appearance? Sound off below and check out the gallery above to see more sexy stars!