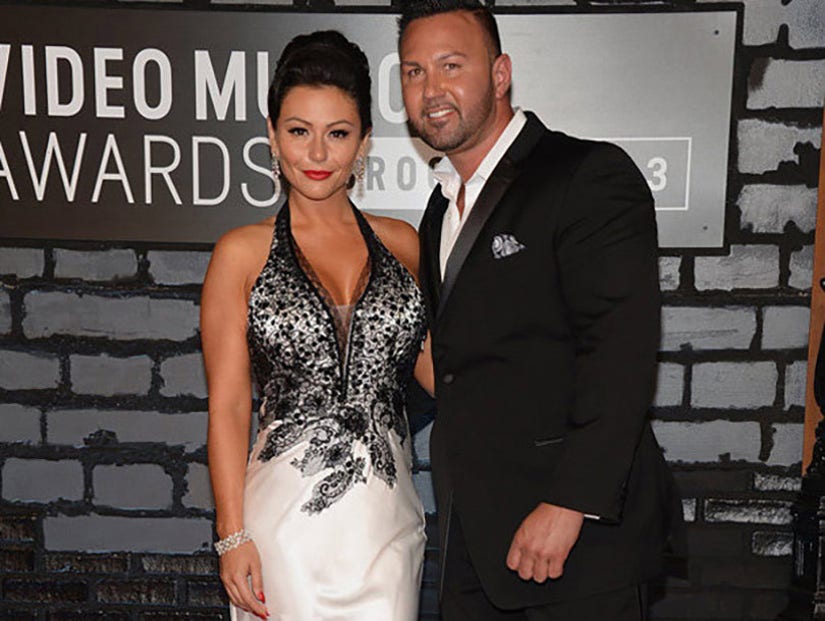 Match made in "Jersey Shore" heaven!

Jenni "JWoww" Farley and Roger Mathews said "I do" on Sunday in front of their family and closest friends. Farley confirmed the news to toofab, saying, "It's incredible for me to see all the details come together. This has been so much fun to plan with my wedding planner. Not one detail was missed!"

"Roger is my perfect man in every way and he is the best daddy to Meilani that I could ever ever ask for," she added on her personal website early Sunday. "He accepts me in every way and I am more in love with him than ever!" 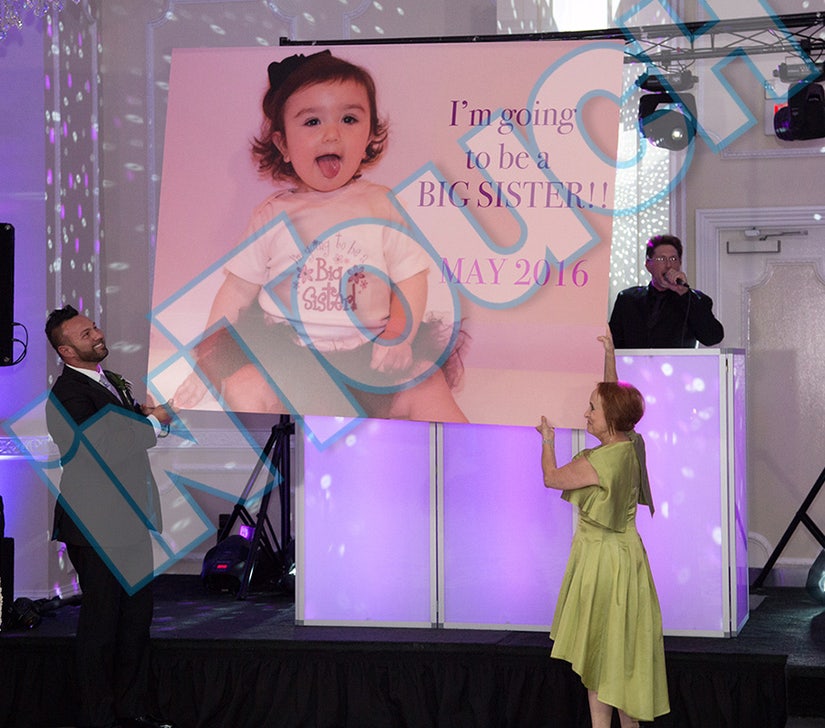 Not only did they tie the knot, but they also announced they're expecting their second child together during the event. The baby-to-be joins the duo's adorable daughter.

During the reception, Mathews brought out a giant poster with a photo of Meliani and the words "I'm going to be a BIG SISTER. May 2016."

"This was one of the most memorable parts of our wedding," Jenni tells toofab. "We are so excited to welcome baby #2 in May!" 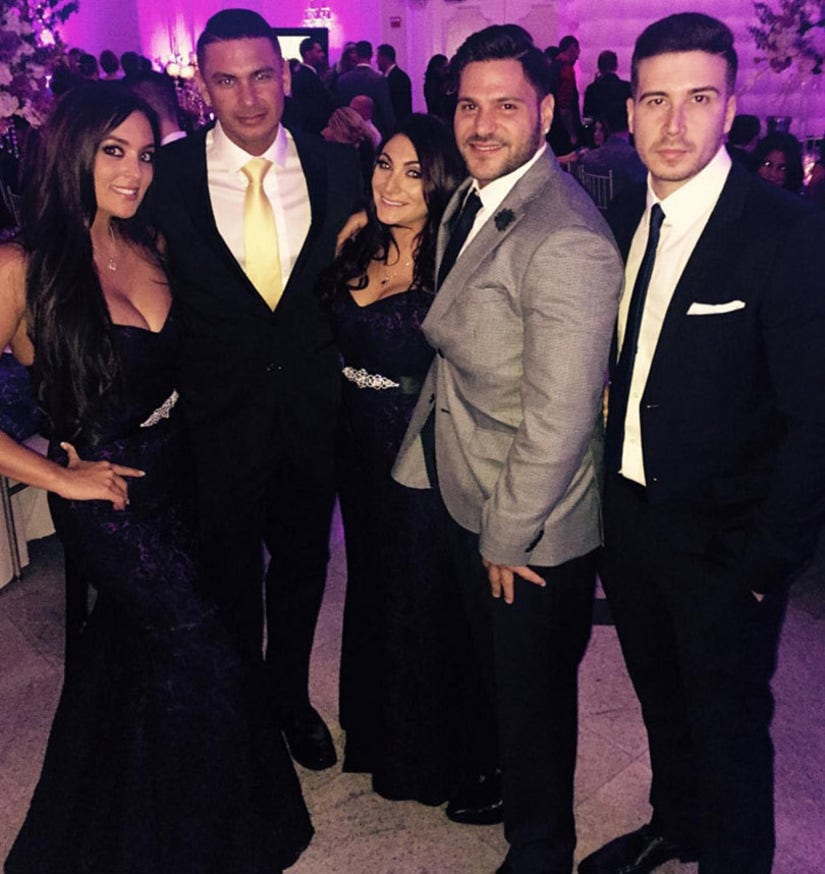 The MTV star -- who wore a Castle Couture gown for the wedding -- was joined by her former "Jersey Shore" costars Nicole "Snooki" Polizzi, Sammi "Sweetheart" Giancola and Deena Nicole Cortese, who each served as Farley's bridesmaids.

Ronnie Magro, Pauly D and Vinny Guadagnino were also spotted at the event, looking dapper as ever in their suits.

Trista and Ryan Sutter, who appeared on "Marriage Boot Camp" with the duo, were also in attendance.

Jenni's "Jersey" girls were seen at the rehearsal dinner last night, looking gorgeous as ever in little black dresses. Farley herself wore a low cut lace dress that could have doubled as her wedding gown -- and yes, the girls were out.

See more photos from the rehearsal dinner and this morning's preps in the gallery above. 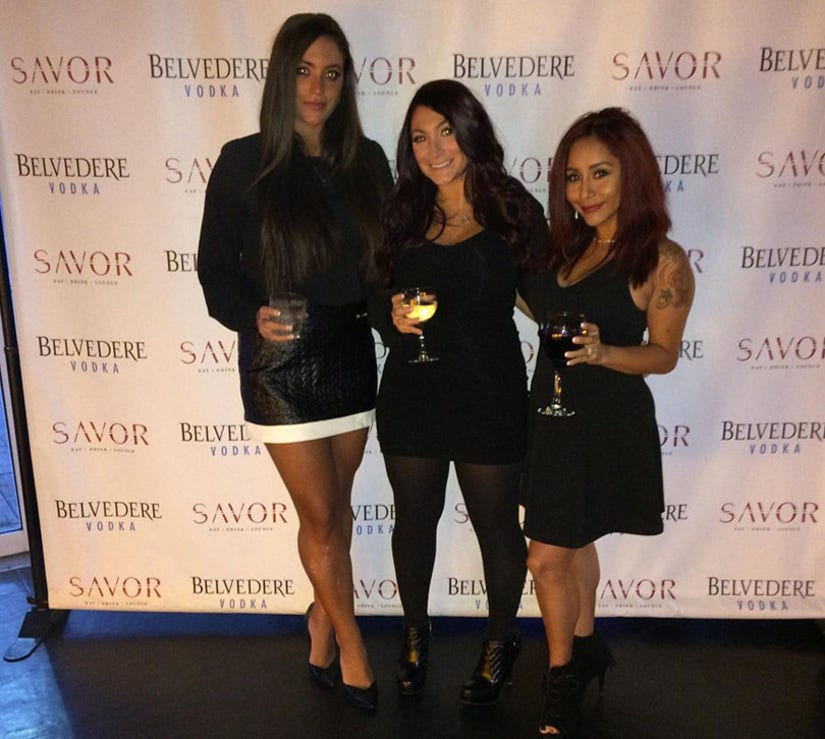 "Jenni is definitely a bridezilla!" Nicole told toofab earlier this month. "I offered to help her and do some stuff but she wants to do everything on her own. She's freaking out but she's excited to just get it done, exactly how I felt."

The longtime loves got engaged in 2012 after Roger popped the question to Jenni mid-skydiving session.

The 29-year-old had been sharing all of her wedding preparations leading up to the special day on her website ... where she likewise revealed what lingerie she planned to wear under her dress (below) and her wedding day makeup. 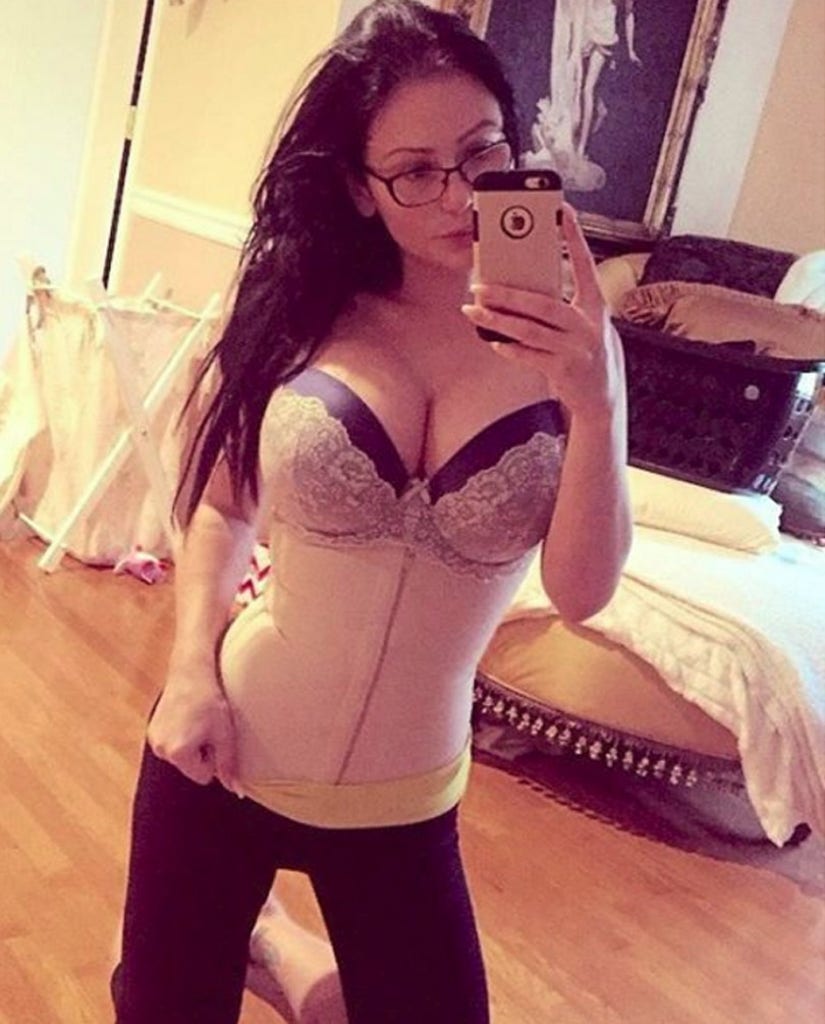 We couldn't be happier for the reality stars -- and can't wait to see what she wore down the aisle.

Check out the galleries above to see more celeb weddings and engagement bling!