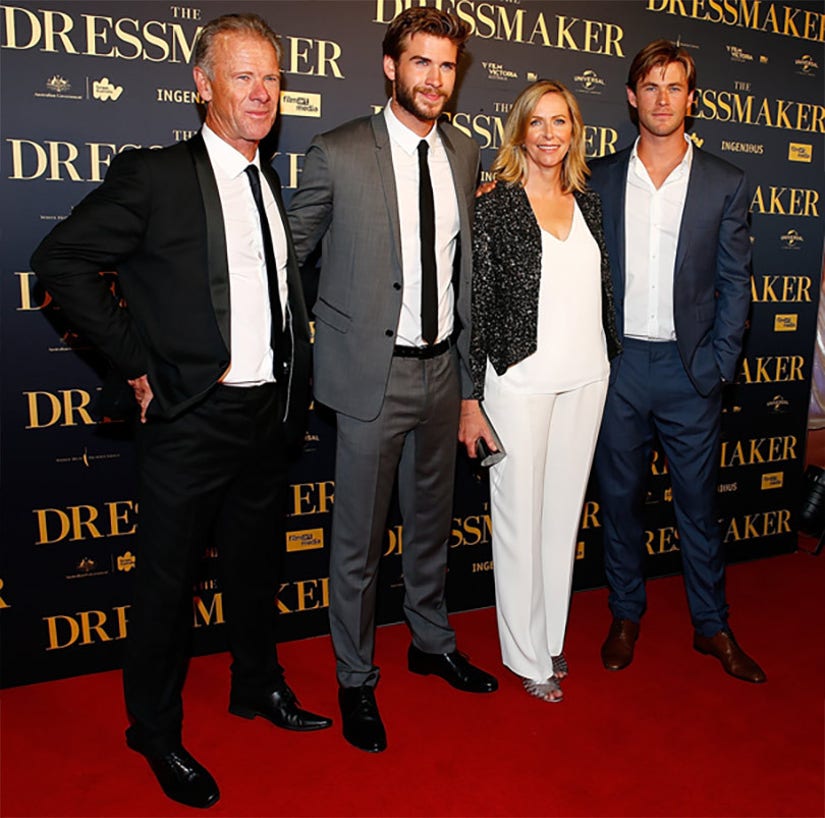 Liam Hemsworth attended the premiere for his new movie, "The Dressmaker," in Melbourne Australia on Sunday.

The sexy star was joined by parents Craig and Leonie Hemsworth and his A-list brother Chris Hemsworth. The family likewise posed for a few group shots together on the red carpet before heading into the premiere.

We can definitely see where Liam and Chris get their good looks from -- just look at their equally attractive parents!

While we've loved watching 25-year-old in the "Hunger Games" flicks, we're definitely excited to see him starring a new drama.

The movie follows the story of a glamours woman named Myrtle (played by Kate Winslet) who returns to her hometown in rural Australia.

Armed with her sewing machine and killer fashion sense, she helps style the women of the small town and gets some revenge on those who wronged her in the past.

Judy Davis and Hugo Weaving star alongside Liam and Kate in the flick, which hits theaters later this year.

What do you think about the Hemsworth family's red carpet appearance? Sound off below and check out the gallery above to see more sexy stars!