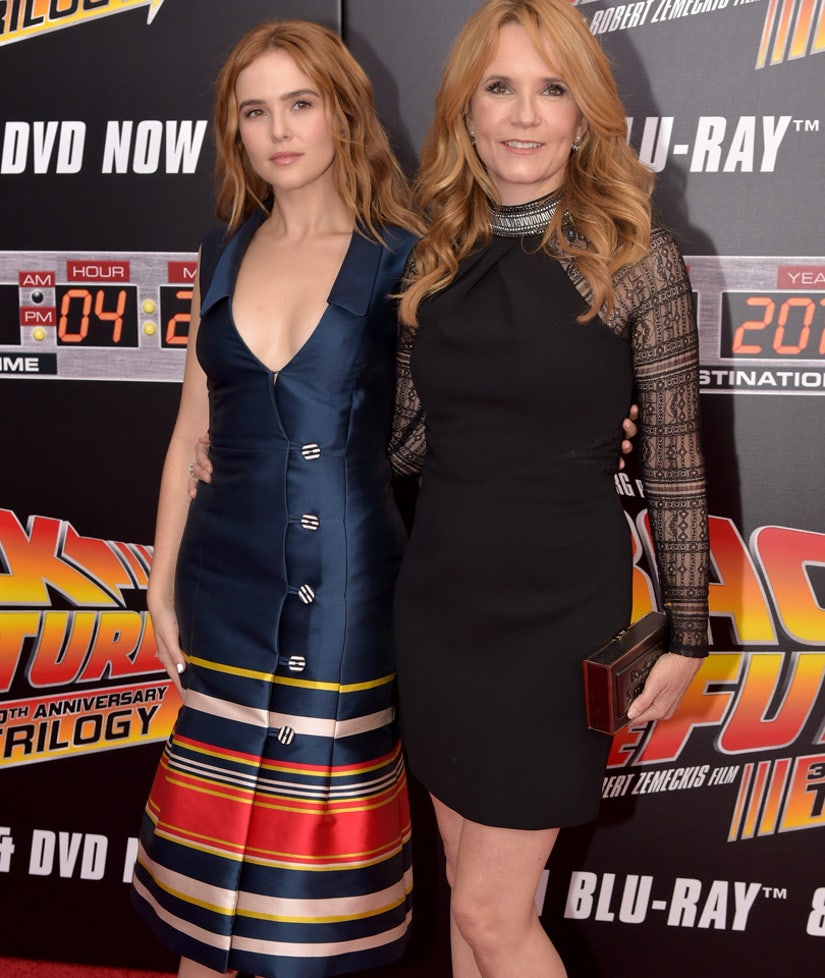 Lea Thompson hit the red carpet Wednesday night alongside her daughter, Zoey Deutch, for a special screening of "Back to the Future," in honor of the "future" day from the movie's second installment -- Oct. 21, 2015.

The 54-year-old star and the 21-year-old actress looked like twins as they posed for pictures at the event. Lea looked stunning in black dress with sheer lace sleeves as her mini-me added a pop of color in a navy satin sailor dress with orange and yellow stripes along the hem.

Zoey has followed in her famous mom's acting footsteps -- you might recognize her from "Beautiful Creatures" and "Vampire Academy." 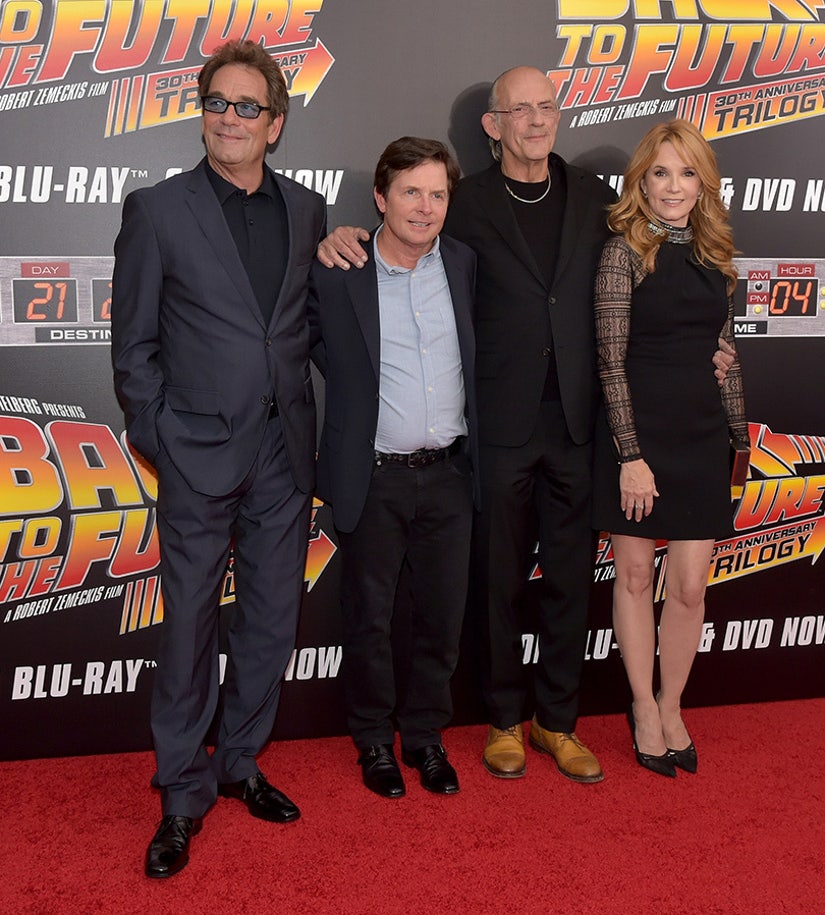 "I just felt we had chemistry from the instant we walked on the set. We were so happy to see each other," Lloyd said during a reunion on "Today." "It never had to be manufactured … it just was there. It was innate. It was wonderful."

The most popular things fans shout at them from the three flicks: "You're my density," "Where we're going, we don't need roads" and "McFly, you Irish bug!"

Even though it's been three decades, they don't mind at all. The experience, says Lloyd, was "monumental. ... Here we are 30 years later and doesn't seem to have lost any momentum."

Check out the clip below to hear more from the cast's reunion, and click through the gallery above to see the "Back to the Future" stars, then and now.