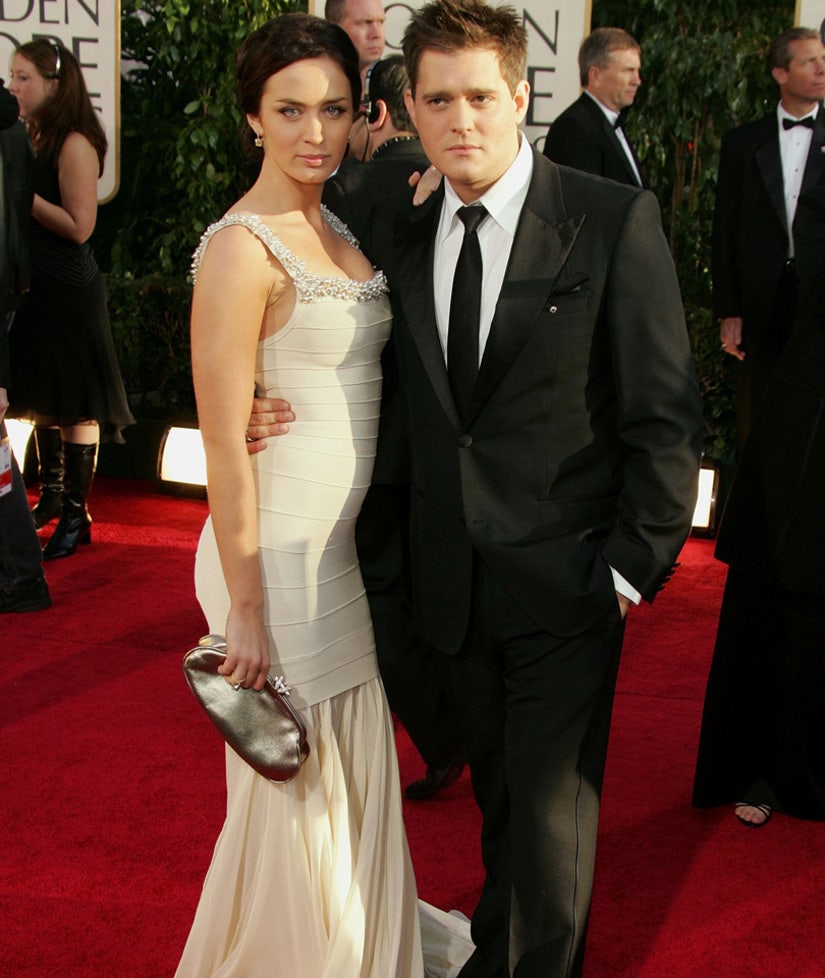 Michael Buble is setting the record straight about his split from ex-girlfriend Emily Blunt.

The crooner got some bad buzz after their breakup when rumors started swirling that he had cheated on his longtime love.

In a new interview with ET Canada, Buble revealed that infidelity was not a factor. "Emily is a beautiful and loving person, and I'm grateful for the time I had with her, for the relationship. Without it, I wouldn't have had a chance to fall in love with myself enough to be with a woman like my wife."

As to why he and Emily split, Michael added, "It didn't end because of cheating. It ended because we weren't right for each other, and we are now exactly where we're supposed to be in our lives."

For her part, Blunt commented on her rocky relationship with Michael during an interview on "The Howard Stern Show" last month. Howard brought up their split by saying, "But that was heartbreaking. Because he was not faithful." Emily replied, "Well . . . I don't know if it was . . . I don't know, it's complicated. Now I'm going red!"

Buble and the British beauty dated from 2005 to 2008 and are now both happily married to other people. Blunt tied the knot with John Krasinski in July 2010 and welcomed daughter Hazel, 20 months, in February 2014. Michael and his wife, Luisana Lopilato, are parents to 2-year-old son Noah. This past July, they announced that they are expecting their second child together.

What do you think of his candid comments about Emily? Sound off below!