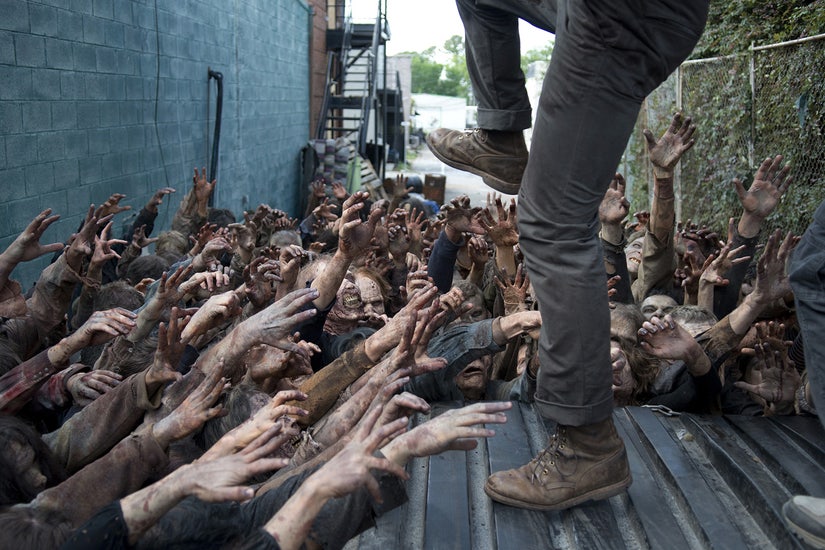 We're recapping your favorite show all season long on toofab, rehashing the best moments, goriest zombie kills and checking in with the show's stars to answer some of your biggest questions.

This was one CRAZY episode, an episode that leaves us wondering whether the show really killed off a series regular.

That's the big question fans of "The Walking Dead" fans will be likely be asking for weeks to come, as we're clearly supposed to think he got eaten ... but we're not buying it.

After the horn in Alexandria caused a horde of walkers to stumble towards the survivors' home, Rick devises a plan to get them back on track. He tells Michonne, Glenn, Heath, Nicholas and a small group of Alexandrians that he's going to get the RV and lead the walkers away from the town, while they go back to their community to find out what's happening.

The trek back isn't an easy one though -- as the gang is quickly surrounded by the horde while roaming the streets of a neighboring town. While holed up in a pet store, Glenn comes up with a plan of his own. He'll go burn down a nearby building in hopes it'll attract the walkers towards it ... and away from Alexandria. 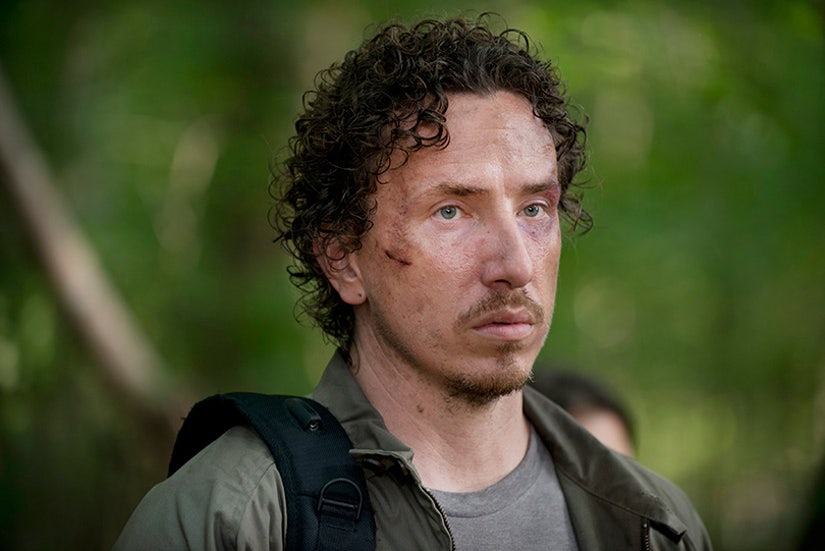 Nicholas chimes in, saying he knows of a feed store that'll burn up nice and easy and volunteers to join Glenn. "You lead the way," Glenn says. Ugh, famous last words!

They come across a walker Nicholas used to know, someone he did runs with before and abandoned. Nicholas is clearly upset about what he's done in the past, while Glenn tells him "You're not that guy anymore."

The two then get to the feed store, only to find that it's already been demolished. The horde is quickly approaching and Nicholas leads the two of them down an alley ... a dead end alley. This is when it starts looking reallllly bad for these guys, as all they can do it jump on top of a dumpster and hope for the best. Nicholas isn't having it though and starts freaking out. He pulls out his gun, looks at Glenn, says "Thank you" [the episode's title] and then blows himself away.

Why "Thank you"? Sounds like Nicholas is appreciative of Glenn for giving him a second chance, but he still can't live what he's done.

Glenn gets sprayed with blood and then falls off the dumpster under the weight of Nicholas' dead body. 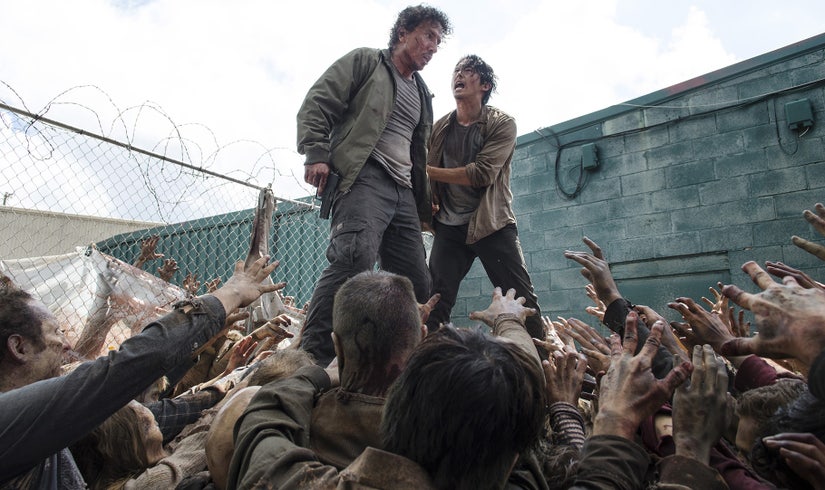 Zombie Girl from First Episode of "TWD" -- Wait'll You See Her Now!

It's very interesting how they shot this next part though, as we see Glenn on the ground, his face screaming in horror as the walkers feast on some intestines. While we're clearly supposed to think those are Glenn's insides, we never get a full body shot of what's happening -- meaning Nicholas could have landed on top of him and the walkers are going to town on him instead.

How the hell Glenn could get out of that position is still quite the question though. We find it hard to believe the walkers would just ignore him as he sits there screaming ... but we also don't think it's his time to go yet.

Plus, poor Maggie! She just lost her sister, her father was decapitated, and now her main man?! There's no way the showrunners would unload all that loss on one character, right?

There's also something BIG in the comics involving Glenn that hasn't happened yet. Of course, that doesn't mean it will, or will with him. Andrea is still alive and well in the source material, so the showrunners clearly love to take liberties to surprise everyone.

Perhaps the most telling clue: Star Steven Yeun also wasn't on "Talking Dead" after the episode aired. Usually, when a character bites it, they'll do an exit interview on AMC's companion show. He also wasn't mentioned in the episode's In Memoriam.

What do you think happened here? Will Glenn be back? Sound off with your theories below! 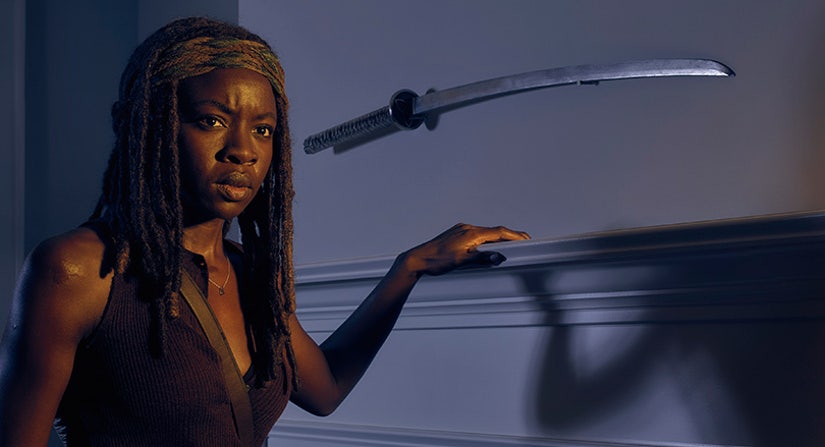 While all this was going down, Michonne laid into Heath, who was ticked after overhearing Rick tell her all the Alexandrians won't all make it and she'll probably have to leave some behind.

"Rick said what he said because sometimes you don't have a choice. You've never had to do it any other way, you haven't been through it. Not really, not like Rick. Rick was out there, I was out there, we know, you don't," she told him. "But if you don't learn, you will die. Have you ever had to kill people because they killed your friends and were coming for you next? Have you done things that made you afraid of yourself afterwards? Have you ever been covered in so much blood that you didn't know whether it was your or walkers or your friends?"

These Alexandrians need a wakeup call -- and Michonne isn't holding back! She, Heath and a third guy do make it home, after losing at least half their group to walkers.

The episode ends on a bleak note for Rick as well. After getting to the RV and driving to where he thinks he can divert the horde, he gets attacked by a group of Wolves, taking them all out with his gun. The gunshots attract the zombie masses ... and then, of course, the RV won't start.

So many tough situations this week, right?!

Hopefully you've all been enjoying this season just as much as we have -- these have been some of the best episodes of the show to date. Sound off below with your predictions.

See you next week!