Now this is the Adele "Hello" spoof we've been waiting for!

In the clip, Corden -- who's dressed as Chewbacca -- calls Eichner to ask him to trick-or-treat with him as Han Solo, while singing costume-themed lyrics to Adele's new single.

Check out the hilarious video above!

When the "Billy on the Street" star refuses to go out with Corden in coordinating getups, the late night host phones the holiday itself.

"Halloween, it's me. I was wondering if after all these years, you'd like to trick-or-treat," James sings in the video. 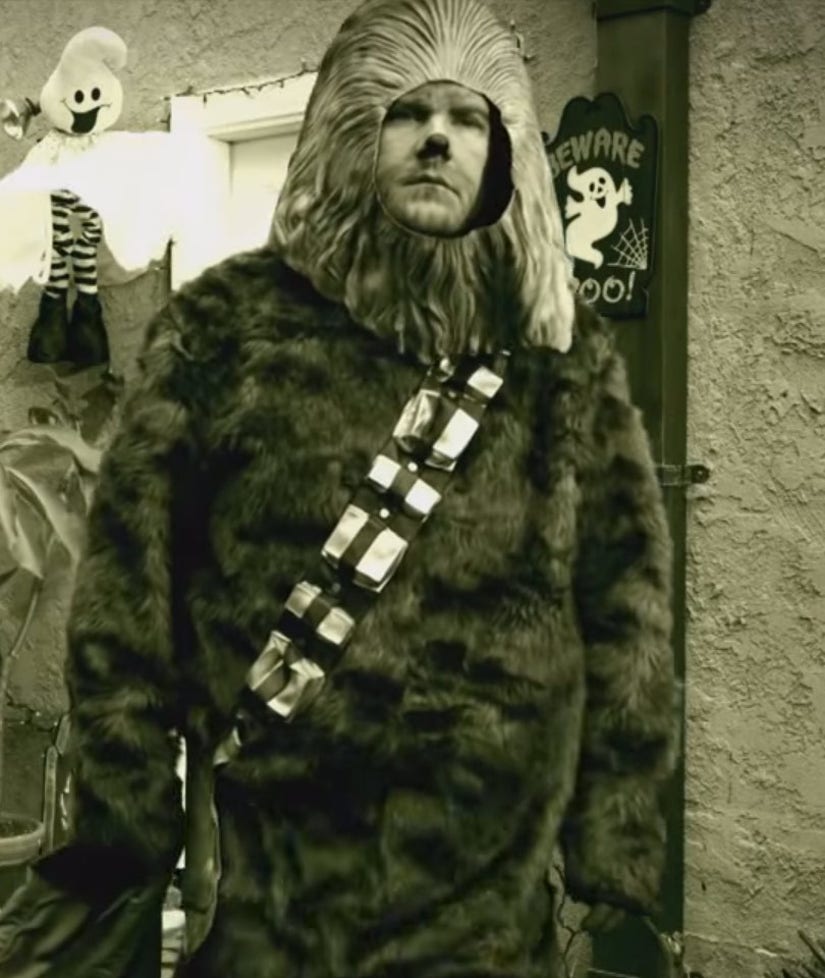 We've gotta hand it to these guys -- they really made the Halloween-centric lyrics work! What do you think about James and Billy's "Hello" spoof? Sound off below and check out the gallery above to see more awesome celeb costumes.