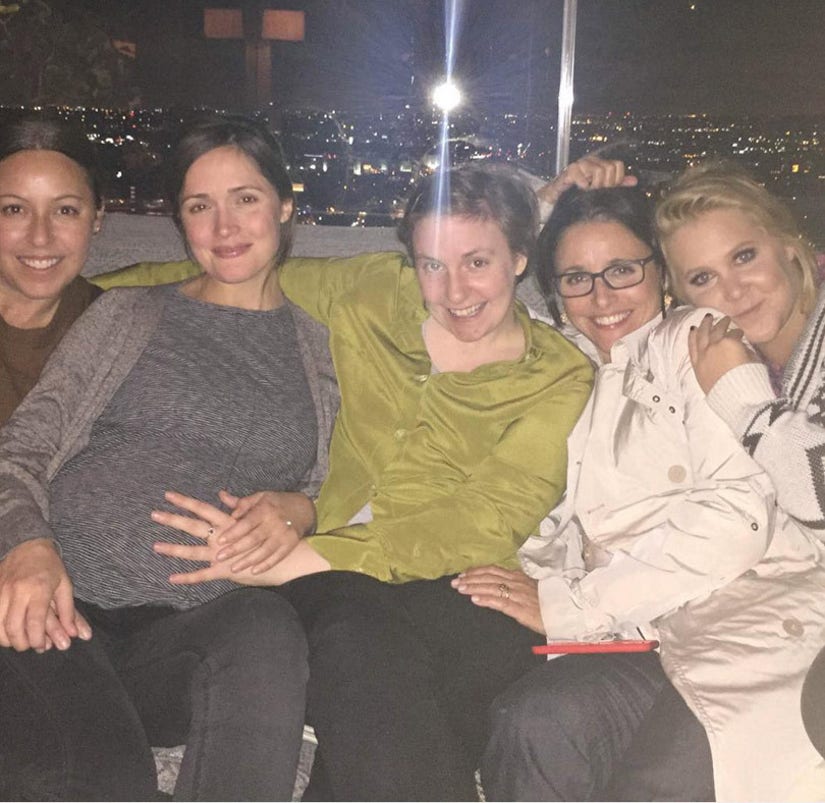 This group shot is giving us major #SquadGoals!

In the cute photo, Dunham poses next to the very pregnant "Bridesmaids" star with her hand resting on Rose's belly. The "Veep" actress smiles next to Dunham while costume designer Leesa Evans and Schumer cozy up to the ladies on the end.

"It's nice to love people," the 29-year-old "Girls" star captioned the photo.

Byrne made headlines last month when she was spotted leaving the airport with her growing belly on display.

The actress is expecting her first child with boyfriend Bobby Cannavale, who is already a dad to son Jake from his previous marriage to Jenny Lumet.

The duo, who began dating in 2012, have even starred on the big screen together in "Spy", "Annie" and "Adult Beginners."

We'd love to spend a night on the town with these ladies!

What do you think about Lena's sweet snapshot? Sound off below and check out the gallery above to see more expecting stars!