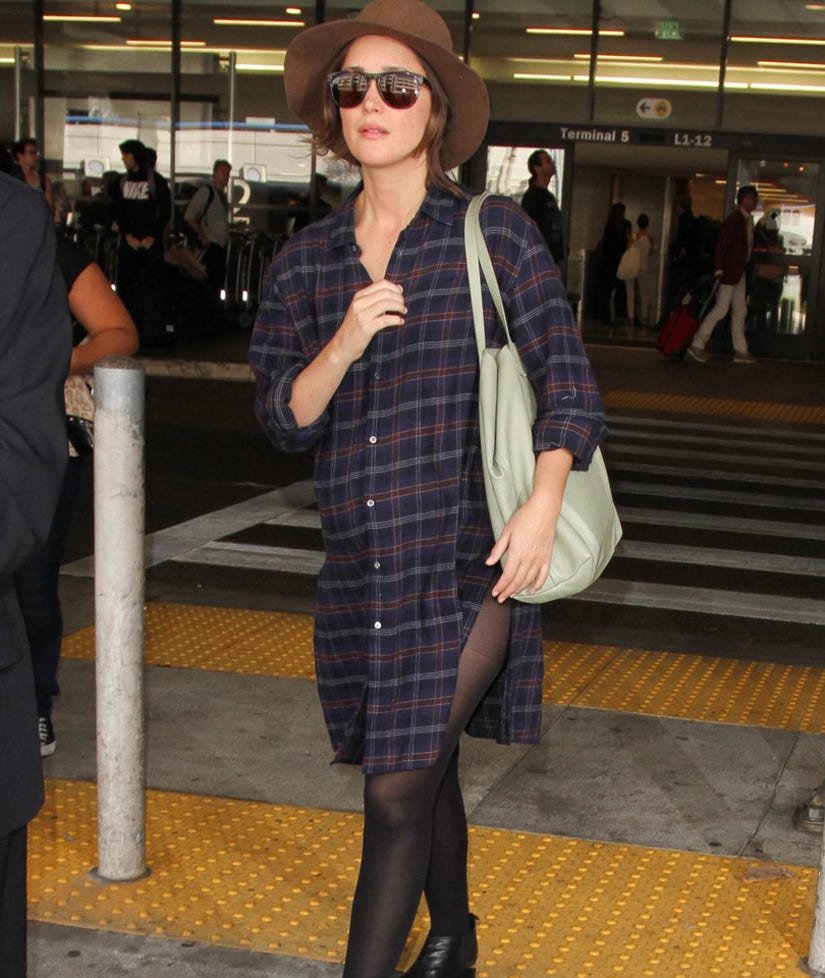 Rose Byrne is expecting her first child with boyfriend Bobby Cannavale -- and was spotted at LAX on Thursday flaunting her growing baby bump!

In the snap, the 36-year-old actress shows off her belly in a plaid shirt dress paired with sheer tights and black booties. She finished her look with a brown hat, cat eye sunnies and a gray tote bag.

This is the first child for the "Neighbors" star, while the "Boardwalk Empire" actor is already dad to son Jake from his marriage to Jenny Lumet. The duo, who began dating in 2012, have even starred on the big screen together in "Spy", "Annie" and "Adult Beginners".

The cute couple made their first official red carpet appearance together in June 2013 at the CFDA Fashion Awards.

The usually-private actress opened up about her relationship with the star. "Bobby's a great cook," she told People magazine back in June. "He's Cuban and he does a couple of really good Cuban dishes like arroz con pollo and Cuban cocktails. He's better than I am. I'm the good cleaner after!"

What do you think of Rose's baby news? Sound off below then click "Launch Gallery" for more expecting celebs!