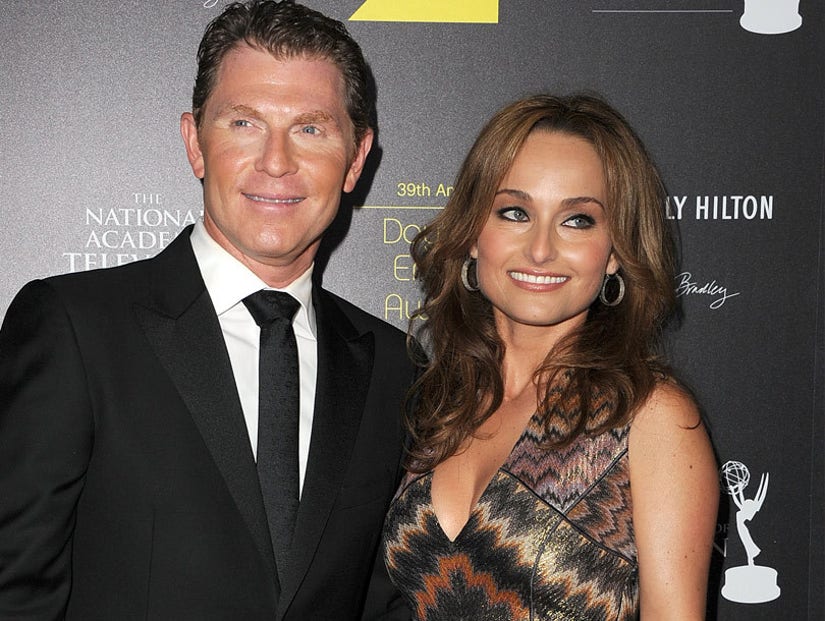 The "Watch What Happens Live" host put the Food Network star in the hot seat on Thursday, asking if she'd ever consider getting together with grill master Bobby Flay -- telling her fans have been clamoring for that hookup for years!

"We do get together ... on 'Food Network Star,'" she replied. "Well, we're very good friends. We've worked for many years together, but I don't think that's ever going to happen because I'm smarter than that. I know better, I'm one of them."

Later in the show, a caller phoned in asking the 45-year-old chef to reveal the craziest rumor she's ever heard about herself.

"Probably that I have slept with half of America," she joked. Andy then brought up her rumored hookup with John Mayer.

"That was a double whammy. That came out a long, long time ago, and then it resurfaced again," Giada revealed. "I met John Mayer for maybe like 30 seconds like 10 years ago, and all of a sudden we slept together and had an affair and only God knows what."

When Cohen said Mayer "felt horribly about it," Giada laughed -- adding that he "ran with it for a while."

Looks like someone isn't too happy he didn't nip it in the bud!

During another interview with Wendy Williams this week, De Laurentiis revealed she recently started dating again.

"I'm going to say kind of, and I will tell you, this is the first time I've actually said that," she said, after much pressing from the TV host.

"Are you in love?" Wendy asked. "God!" Giada shouted with a laugh.

We'll take that as a no.