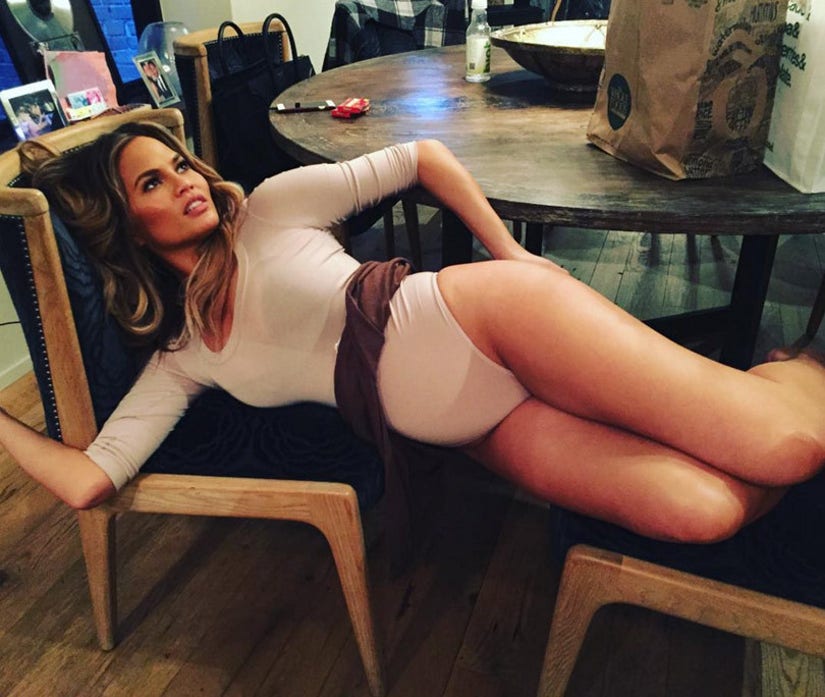 The 29-year-old took to Instagram on Friday to show off her growing baby bump and revealed that she is embracing all of the physical changes that come when you're expecting.

"Hello new thighs! You appeared out of nowhere but I am not mad at it!," she captioned the silly pic. In the photo, the Sports Illustrated model lays on two chairs as she shows off her belly in a cream bodysuit with her skirt around her waist.

Judging by her social media pages, the star has really been enjoying her pregnancy. Earlier this week, she put her bump on full display with one gorgeous selfie! 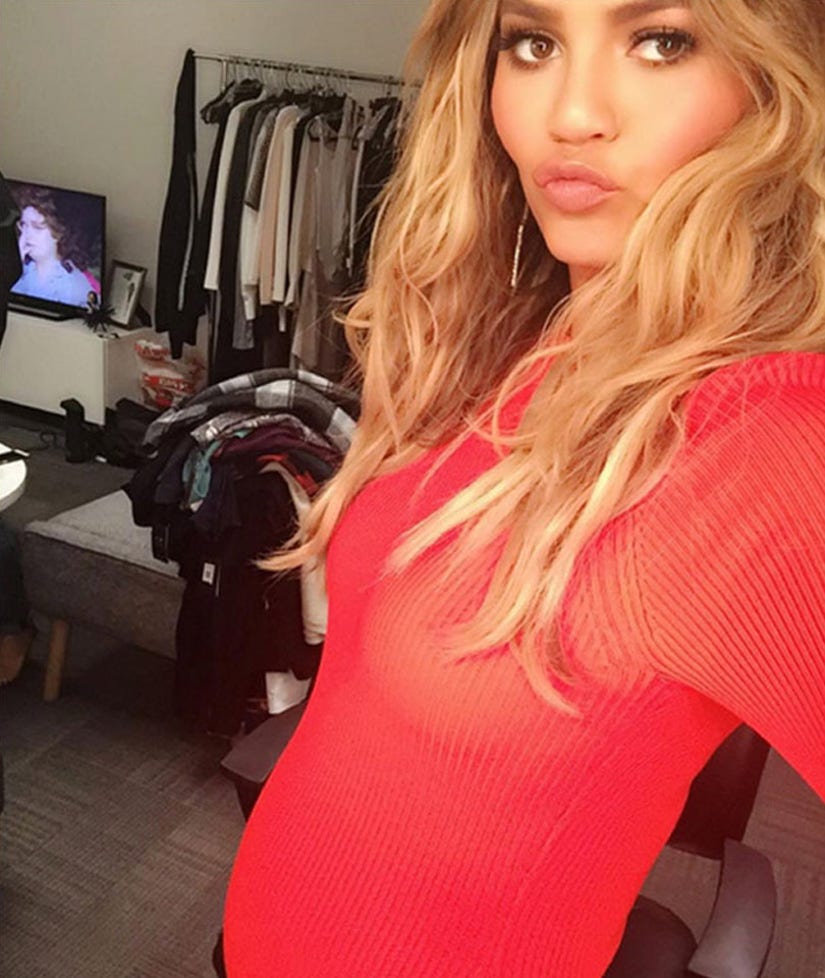 "Quack, quack," she captioned the adorable photo of herself making a duck face will wearing a form-fitting hot pink sweater.

The FABLife host, who is about three months along, announced her and husband John Legend were expecting their first child together in Octoberm after opening up about her struggle to get pregnant. She also got candid on her talk show about how difficult it was to keep the exciting news a secret for as long as they did.

"I announced my pregnancy," she told the audience on an episode of the "FABLife". "It was so hard keeping a secret and I've got to thank all of you, and even our sound guys that could hear me throwing up back stage every day!"

What do you think of Chrissy's belly baring photo? Sound off below then click "Launch Gallery" for more expecting celebs!