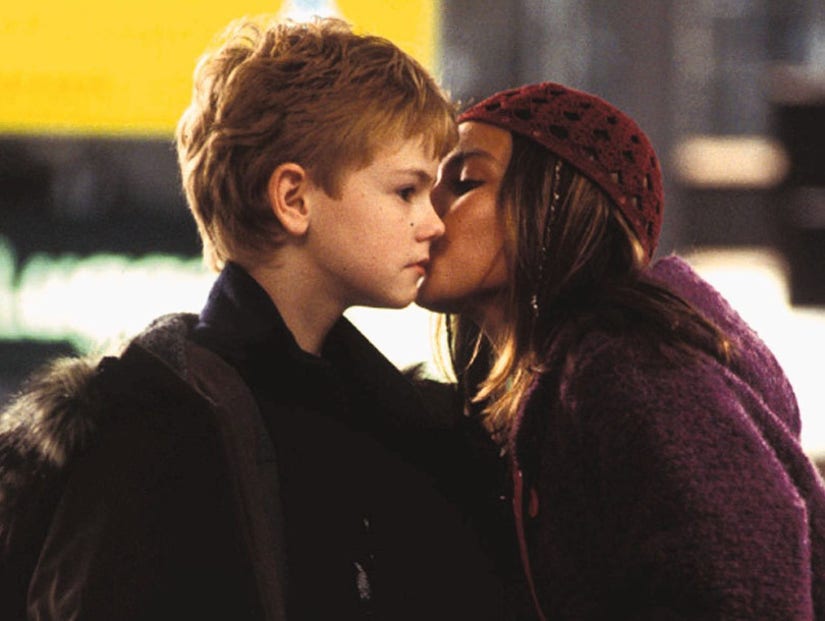 It's the most wonderful time of the year: Time to watch "Love Actually" on repeat all month long!

The film, packed with intersecting tales of love in London, has become a holiday classic in the 12 years since its release in 2003 -- and the film's stars have really come a long way in that time.

Thomas Sangster, who starred as Liam Neeson's lovesick son Sam, has gone on to appear in both "Game of Thrones" and the "Maze Runner" films in major roles ... "To me, you are perfect" scribe Andrew Lincoln currently stars as Rick Grimes on "The Walking Dead" ... and Chewitel Ejiofor went from playing Keira Knightley's little-seen husband to Oscar-nominated star of "12 Years a Slave."

But what about the love of Sam's life, "All I Want for Christmas"-singing cutie Joanna?

Now 23, Oliva Olson's voice is still keeping her in the spotlight -- though she's moved behind the scenes a bit.

Olson went on to provide the voice for Vanessa Doofenshmirtz on "Phineas & Ferb" (alongside Sangster, once again) before her current gig as Marceline the Vampire Queen on "Adventure Time." And yes, she often sings on the show.

She's a regular at TV conventions and even attended New York Comic-Con in October, where we got to see how much she's really changed since playing a talent show performer with the impressive voice back in 2003.

Check out the gallery above to see her and the rest of the cast now!