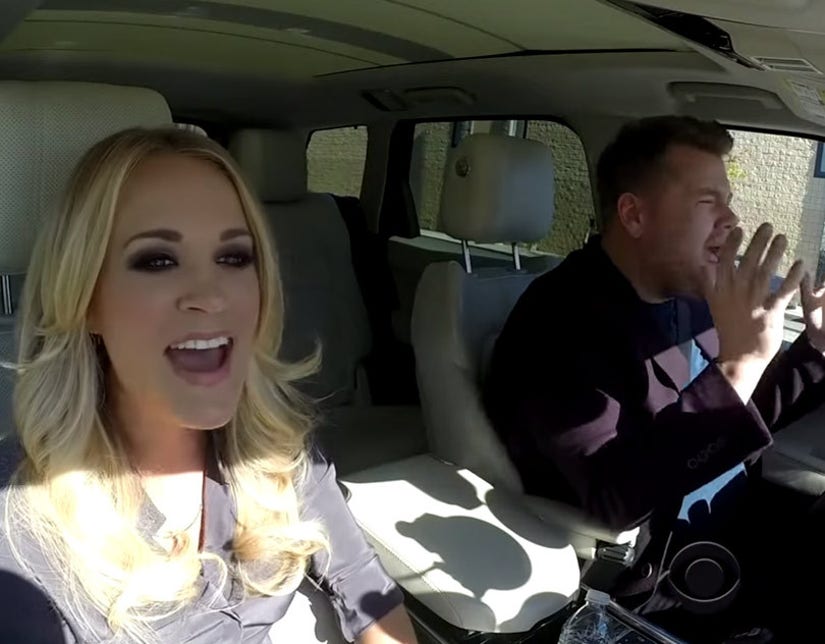 It's carpool karaoke with a country twist!

Carrie Underwood was the latest celeb to join James Cordon for his infamous Carpool Karaoke segment, where the two belted out some of her big hits, including "Smoke Break," "Jesus Take the Wheel" and "Before He Cheats," while riding in a car.

The country cutie seemed pretty impressed by the Brit's singing chops as she effortlessly added harmonies to his notes.

"I've only moved here recently, so hockey-wise I don't watch it very often, but what I've seen is essentially skating around on very sharp blades and then having a fight," Corden said. "Do you get worried when he has a fight?" Underwood laughed and replied, "Have you seen his latest fight? He knocked a guy's tooth out."

With a big grin, she whispered, "It was pretty hot."

After belting out another track, the duo made a stop at a boot store so the late night host could pick up some country gear -- but Corden wasshocked to find out the pair boots he wanted was a ridiculous $800!

"We're not all multi-platinum recording artists, we haven't all had four Billboard number ones," Corden joked.

Check out the video above to see their awesome rendition of Wham!'s "Wake Me Up Before You Go-Go!"

We would've LOVED to be in the back seat for this one, wouldn't you?!