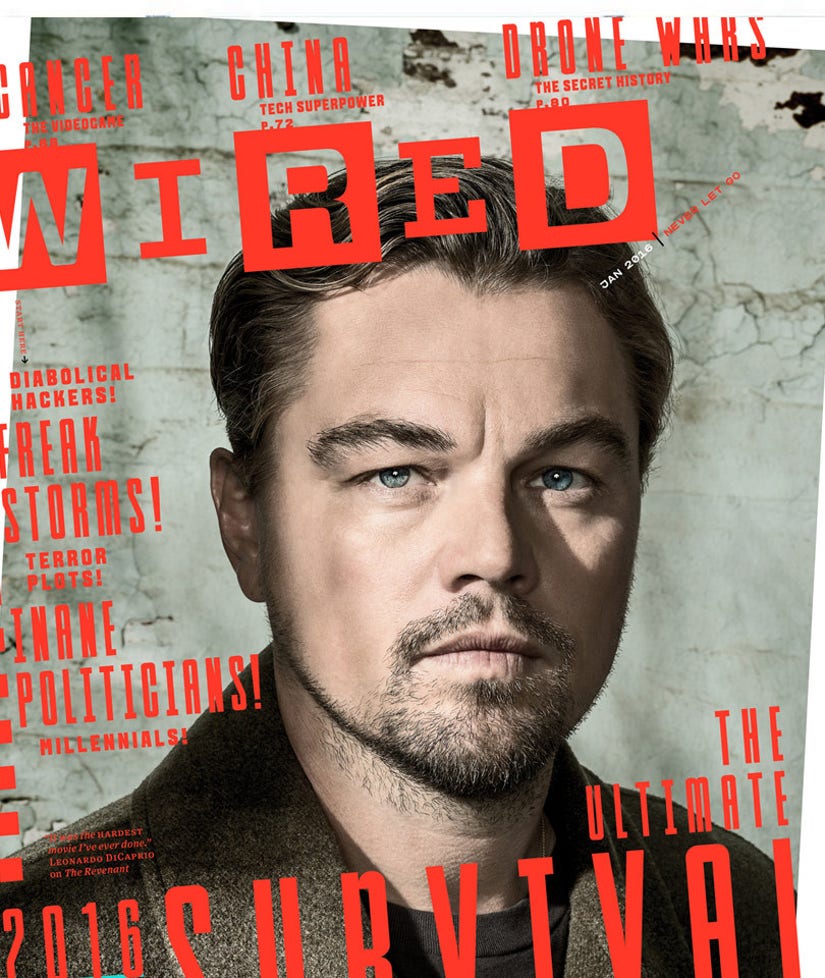 The actor covers the new Survival Issue of Wired Magazine, where he opens up about the many times he's almost died.

Though Leo says shooting "The Revenant" was one of the most taxing and challenging roles he's taken to-date, it's not the first time he's been pushed to the limits -- he's had many brushes with death.

"If a cat has nine lives, I think I've used a few. I mean, there was the shark incident …" he explains. "A great white jumped into my cage when I was diving in South Africa. Half its body was in the cage, and it was snapping at me."

"They leave the tops open and you have a regulator line running to the surface. Then they chum the water with tuna. A wave came and the tuna sort of flipped up into the air," he continues. "A shark jumped up and grabbed the tuna, and half its body landed inside the cage with me. I sort of fell down to the bottom and tried to lie flat. The great white took about five or six snaps an arm's length away from my head. The guys there said that has never happened in the 30 years they'd been doing it."

But that's not the only time DiCaprio's nearly lost his life -- he's also survived a midair explosion before!

"Then there was this Delta Airlines flight to Russia. I was in business class, and an engine blew up in front of my eyes. It was right after “Sully” Sullenberger landed in the Hudson. I was sitting there looking out at the wing, and the entire wing exploded in a fireball. I was the only one looking out at the moment this giant turbine exploded like a comet. It was crazy," he reveals. "They shut all the engines off for a couple of minutes, so you're just sitting there gliding with absolutely no sound, and nobody in the plane was saying anything. It was a surreal experience. They started the engines back up, and we did an emergency landing at JFK."

And then there was the sky-diving incident: "It was a tandem dive. We pulled the first chute. That was knotted up. The gentleman I was with cut it free. We did another free fall for like another 5, 10 seconds. I didn't even think about the extra chute, so I thought we were just plummeting to our death," he remembers. "He pulled the second, and that was knotted up too. He just kept shaking it and shaking it in midair, as all my friends were, you know, what felt like half a mile above me, and I'm plummeting toward earth. [Laughs.] And he finally unravels it in midair."

In addition to living through these freak accidents, the former child star also reveals how he's been able to "survive celebrity."

"I think I survive because I don't limit myself," the "Titanic" star explains. "If there's some experience I want to have or a place I want to go, I do it. I think that's how I bring some semblance of normality to my life."

The 41-year-old actor sure has lived a full (and eventful) life! What do you think about Leo's near-death confessions? Sound off below and check out the gallery above to see more leading men then and now!