Jennifer Lawrence has some interesting taste in men!

The "Hunger Games" star stopped by "Late Night with Seth Meyers" show on Tuesday, where she revealed that she used to have a big crush on the "Saturday Night Live" alum.

Check out the video above to see what she said about almost asking him out and who else in Hollywood she's crushing on!

"You probably know this by now because I've told everybody at NBC. Years ago, I did SNL. You were working there. I don't know what you did. I had a really big crush on you, and so I had this whole plan. All week I was like, 'He's going to ask me out. He's totally going to ask me out,'" the "Joy" star explained.

"Then later in the week I was like, 'I'm going to ask him out.' I had created the romance in my head because I'm delusional," she continued. "And so I was like, 'OK, you know what? I'm doing it. I'm doing it!'"

But that was before she realized Seth was engaged. "Thank God I talked to the wardrobe lady and I was like, 'I think I'm going to ask Seth Meyers out. I'm going to give him my number.' She was like, 'Honey, he's engaged.' I was like, 'Cool! Good talk!' Ah!'" Lawrence hilariously explained. "It was so long ago that now I feel like I could tell you."

While Meyers is happily married -- and expecting his first child with wife Alexi Ashe -- he did seem flattered by J.Law's confession.

"It's safe because it worked out. I married that lady," the comedian said. "Cheers to my humiliation, I guess," Lawrence joked. 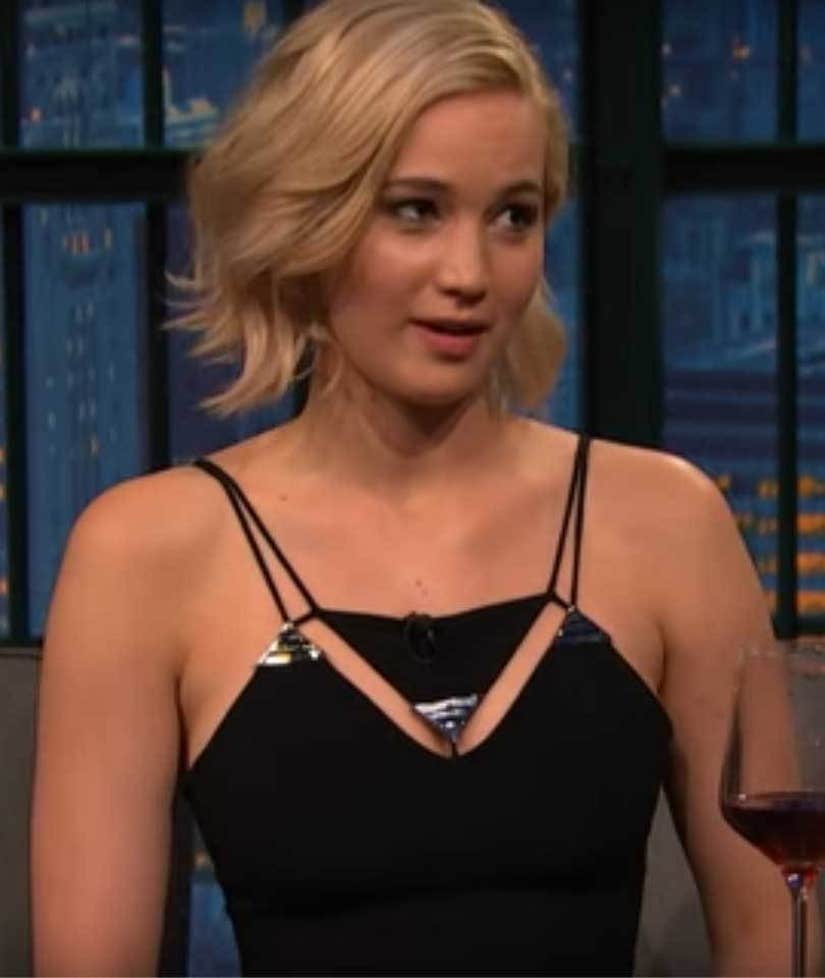 But, when the Oscar-winning actress revealed who else she has had the hots for in Hollywood, Seth changed his tune.

"I gave Larry David my number. He never called me. I texted [Amy Schumer] the other night," she explained. "I wrote to her as I was randomly watching 'Curb Your Enthusiasm' and I said, 'I have so many sexual and boyfriend/marriage feelings for Larry David. I feel like I'm going to be sick.'"