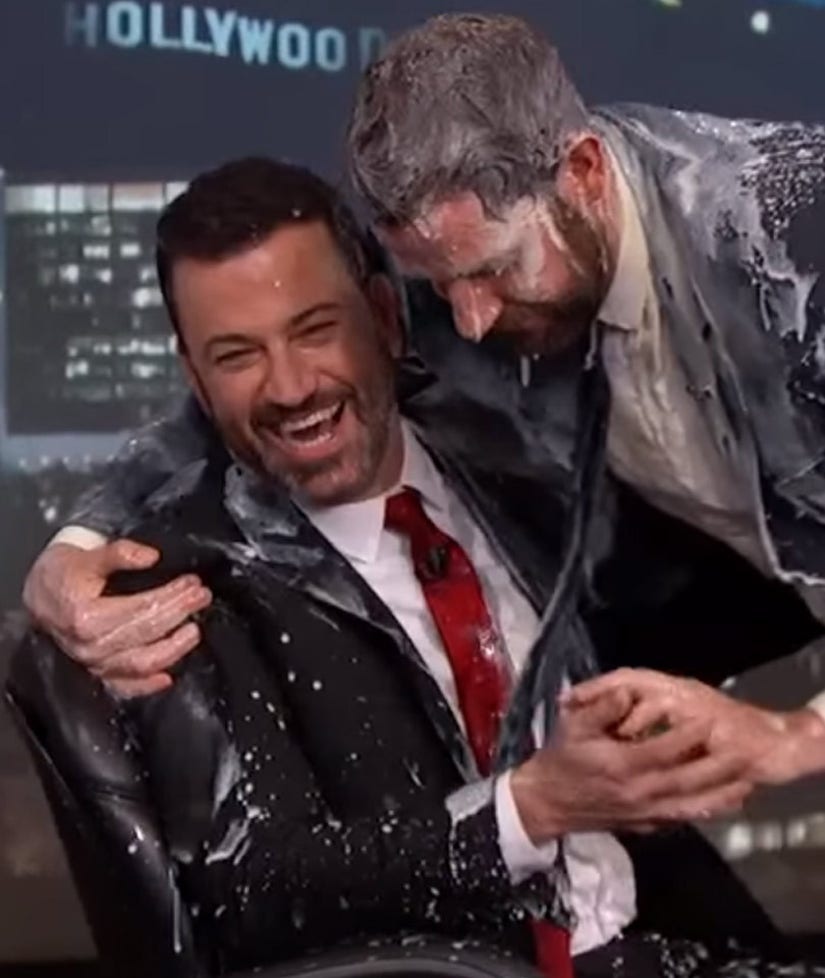 And the battle continues!

John Krasinski and Jimmy Kimmel's Christmas prank war went to a whole new level on Tuesday when the actor appeared on "Jimmy Kimmel Live!" to gloat about some of the tricks he played on the host this year.

Every year around the holidays, these longtime friends try to one-up each other with the best holiday-themed prank. In years past, the late night host covered Krasinski's house in wrapping paper and dropped a giant inflatable reindeer and "reindeer poop" on his front lawn off. For his part, the "Office" alum faked crashing Jimmy's car after filling it with ornaments.

"I was under the impression it was, like, my turn this year to do something to you," Kimmel told his guest last night. "My greatest joy about this year's prank is that we alternate, and I robbed you of the joy. And when I did the prank to you I remember seeing your eyes like, 'That's really funny. I hate you,'" Krasinski replied.

Kimmel cut to a series of pranks that John set up, including a naked Santa Claus hanging outside his office window and a real reindeer inside his bathroom. Emily Blunt's hubby took it one step further by turning his pal's office into the North Pole and popping up in a nutcracker costume!

While the actor certainly seemed to beat Jimmy this year, Kimmel had his own tricks up his sleeve. He decided to get revenge by setting up a "celebrity yard sale" at John's home -- advertising there'd be sex toys and autographs for sale!

"See if you recognize that address," Kimmel said. "That is your home address, John. And what we did is we put that on the Xerox machine—good ol' Xerox machine—and we printed out a couple hundred copies of this yard sale sign…and we posted them all over town."

Kimmel showed John where his crew put the signs ... all over Los Angeles. "I don't know if you need to sell anything, but we got a lot of them out there," Kimmel said. "The good news is, you're going to have an early morning tomorrow morning, John, at 6 a.m. tomorrow—and sometimes they show up early."

Check out the clip above to see his last prank -- it's definitely a sweet treat.

Who do you think won this war? Sound off below!