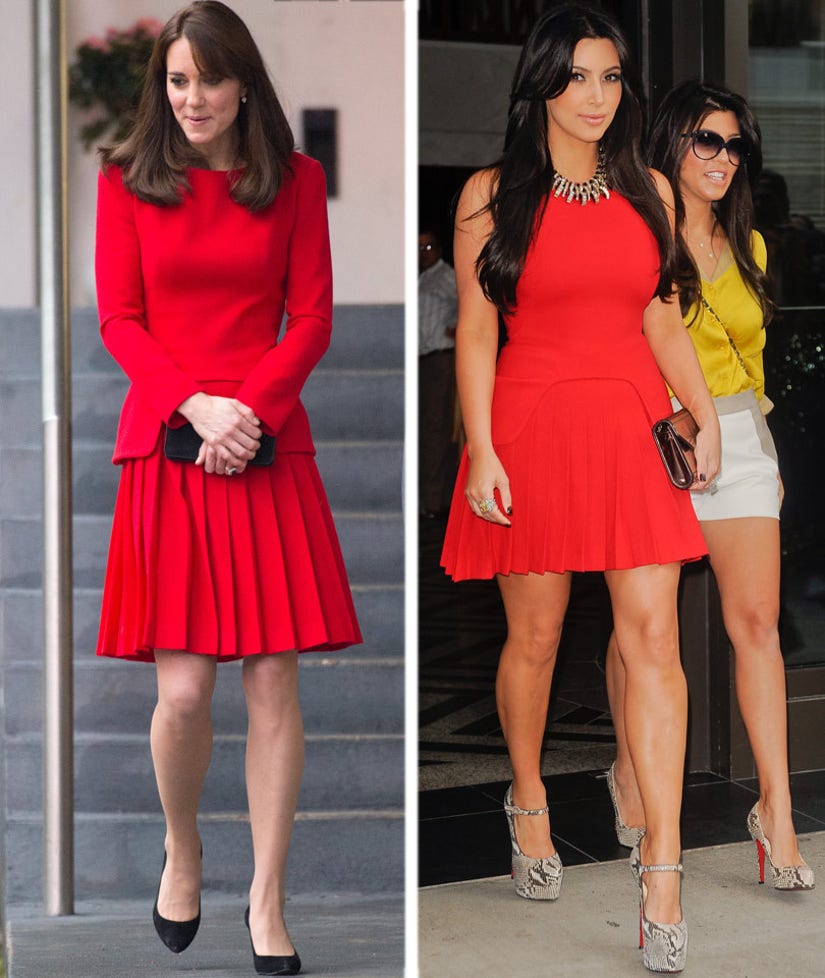 This is a style showdown we never thought we would see!

Kate Middleton showed off her lean legs in a long-sleeved, red Alexander McQueen dress at the Anna Freud Centre Family School Christmas Party in London on Wednesday. She paired her colorful ensemble with classic black pumps, a matching clutch and tousled waves.

The Duchess of Cambridge has worn this fancy frock once before, and it seems she might be taking fashion cues to the queen of reality TV ... Kim Kardashian!

The "Keeping Up With the Kardashians" star wore a similar version of this designer dress during an outing with Kourtney Kardashian in New York City in 2011. The now-mother-of-two opted for the sleeveless style and shortened the hemline several inches.

While we love Kate's signature style, we have to give this one to Mrs. Kanye West. We love how she tailored the dress to fit her killer curves.