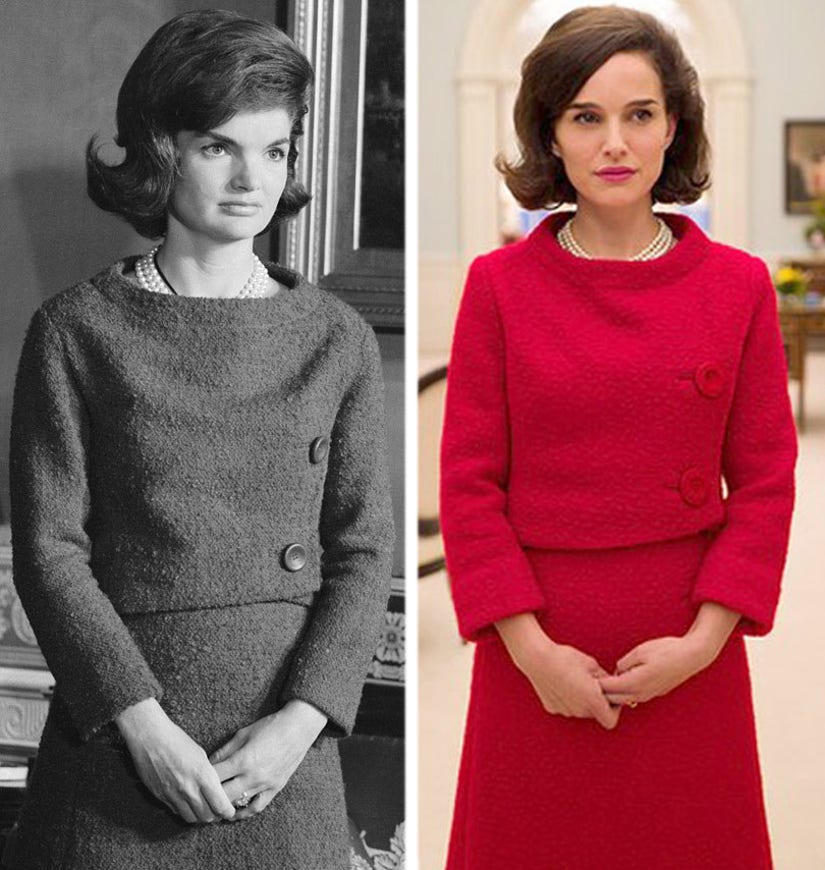 This is giving us chills.

We're getting the first official look at Natalie Portman as Jacqueline Kennedy in "Jackie," where the star is the spitting image of the former First Lady of the United States.

Deadline released the first photo of the star clad in a chic red suit and pearls. The 34-year-old perfectly embodies Jackie O in one of her fashion staples, with her perfectly coiffed flip and classic makeup.

The upcoming film, directed by Pablo Larrain, follows the icon after her husband President John F. Kennedy's assassination in 1963.

While the "Black Swan" award-winner has the look totally down, we can't wait to see her in action in the flick, due out in 2017.

Natalie isn't the first actress to step into Jackie's shoes. Katie Holmes transformed into the First Lady for the 2011 Reelz miniseries "The Kennedys". Minka Kelly also played her on the big screen in "The Butler" -- and actresses including Ginnifer Goodwin, Roma Downey, Jill Hennessy, Jaclyn Smith and Jacqueline Bisset have all tackled the role.

Do you think Natalie makes a good Jackie O? Tell toofab in the comment section below!