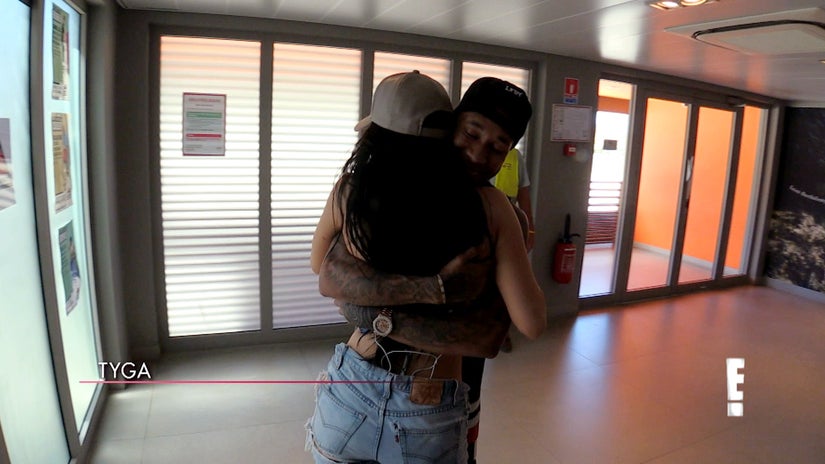 On Sunday's upcoming episode of "Keeping Up With The Kardashians," the family flies to St Bart's to escape the drama for their annual vacation -- but it looks like the drama may have followed them, as Kylie Jenner's boyfriend Tyga joins the trip!

We previously saw Kendall Jenner vent about how Kylie "doesn't have her priorities straight", after the 18-year-old fashionista ditched her model sis and Caitlyn Jenner during a day out.

Now with the entire clan on a girls trip, it looks like Kendall may have even more beef with her sister when the rapper crashes the getaway.

"I am so excited to see Tyga," Kylie gushes in a confessional. "I love having T around. I feel like he just keeps me sane and he always wants to do everything I want to do and we love going on adventures."

The reality star gives the 26 year old a huge hug after he gets off his flight and seems overjoyed to see her beau ... but later reveals that she has some worries about having him on the trip.

"This is the first time I'm bringing a guy on a family trip so I'm a little nervous about how it's gonna go," she confesses.

With Kris Jenner and Khloe Kardahsian already in a fight over Lamar Odom and now Tyga on the trip, it sure looks like this will be one unforgettable vacation!

Catch this new episode of "KUWTK" on Sunday night at 9pm on E!