Teresa Giudice is back in front of the cameras!

Just days after her release from prison, the "Real Housewives of New Jersey" star posted a video message for her fans on Bravo's Daily Dish website.

The 43-year-old reality TV star is seen sporting a black zip-up as she stands in the foyer of her Montville Township home, a large Christmas tree in the background.

Giudice served a little less than 12 months behind bars at the Federal Correctional Institution in Danbury, Connecticut for fraud and will finish out her 15-month sentence via home arrest. Her electronic monitoring bracelet is not visible in the video. 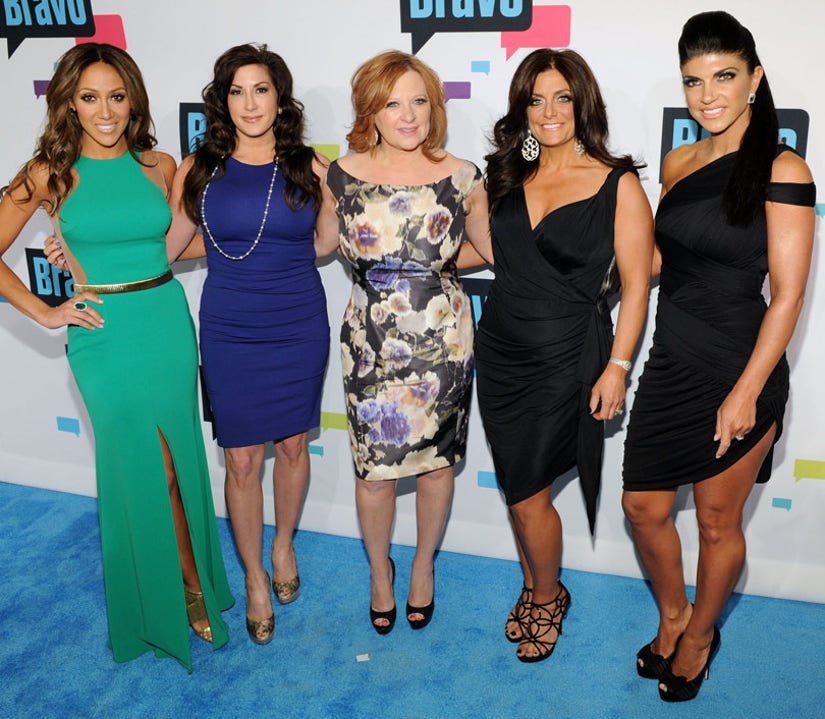 Teresa was granted permission to go to her brother Joe Gorga's home over the holidays though and spent Christmas Eve there with hubby Joe Giudice and the couple's daughters Gia, Gabriella, Milania and Audriana. Bravo cameras were reportedly there filming the whole thing.

"Everything that happened with Teresa going away made both women realize that there are more important things in life than their old feud," a source told Us about the Terera's sometimes-strained relationship with her sister-in-law, Melissa Gorga. "Melissa and Joe [Gorga] reached out to Joe Giudice … and all four of them are on the best terms they've ever been on."