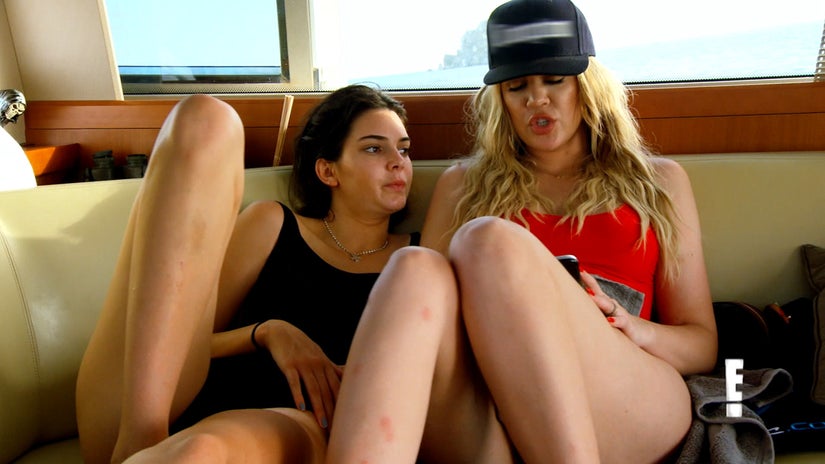 The drama is just getting started on this family vacay...

On Sunday's new episode of "Keeping Up With The Kardashians," Kendall Jenner grows increasingly annoyed with little sister Kylie as she chooses to spend more time with her boyfriend Tyga, leaving the 20-year-old model feeling neglected.

During a yacht outing, the teen seems totally preoccupied with her rapper beau as the two have some fun with flyboards. Kendall can't help but voice her frustration to Khloe Kardashian over her sister's lack of attention.

"It's so annoying because I literally waited for Kylie for thirty minutes to do the fly thing," she tells her older sis. "She just, like, took too long with T [Tyga], and we couldn't do it which is so annoying."

"It's kind of annoying because I was really looking forward to being with Kylie on this trip," she reveals in a confessional. "It's not even about Tyga, it's more that just I know she'll kind of be taken away from me."

Things took an interesting turn on a previous episode of "KUWTK" when the 26-year-old unexpectedly joined the girls' getaway. While the youngest of the Kardashian/Jenner clan was overjoyed to see her man, it's clear that Kendall is less than pleased with the situation.

Catch this new episode of "KUWTK" on Sunday night at 9pm on E!