Khloe Kardashian may be in incredible shape but that doesn't mean she can't enjoy her food!

It's no secret that the "Keeping Up With The Kardashians" star loves to workout, but is the 31-year-old actually addicted to exercising? In a recent interview with Yahoo Style for their "I Yahoo'd Myself" series, Khloe laughs at the rumors and insists that, despite her lifestyle change, she is still a major foodie.

"I'm obsessed with food but it's like I've made healthier choices, like I've learned to love different types of food," she added. "I've learned to stay away from juices, things that are empty calories." 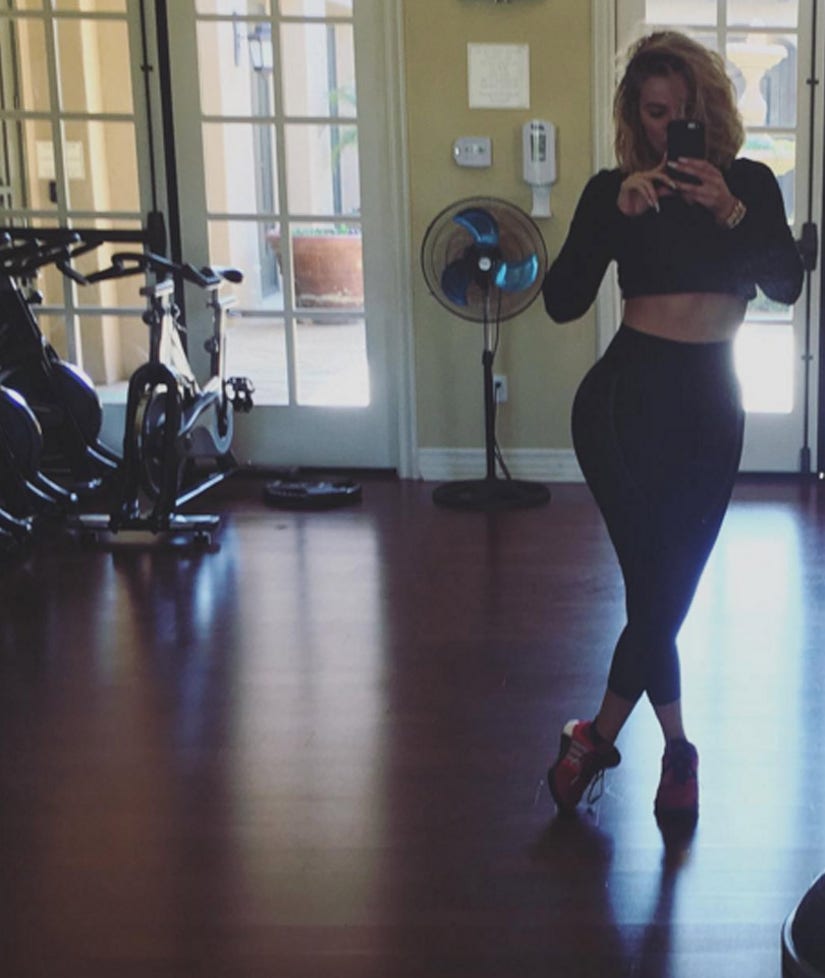 But the "Kocktails With Khloe" host does have a few go-to foods that she can't help but indulge in.

"My favorite food is like pizza and chicken fingers. I can't eat that all the time, but I will you know," she revealed. "I was just in San Diego with my nieces and nephews and they ordered a pizza and I had a piece!"

Watch the rest of Khloe's interview above to see who she said was her dream guest for her new talk show!