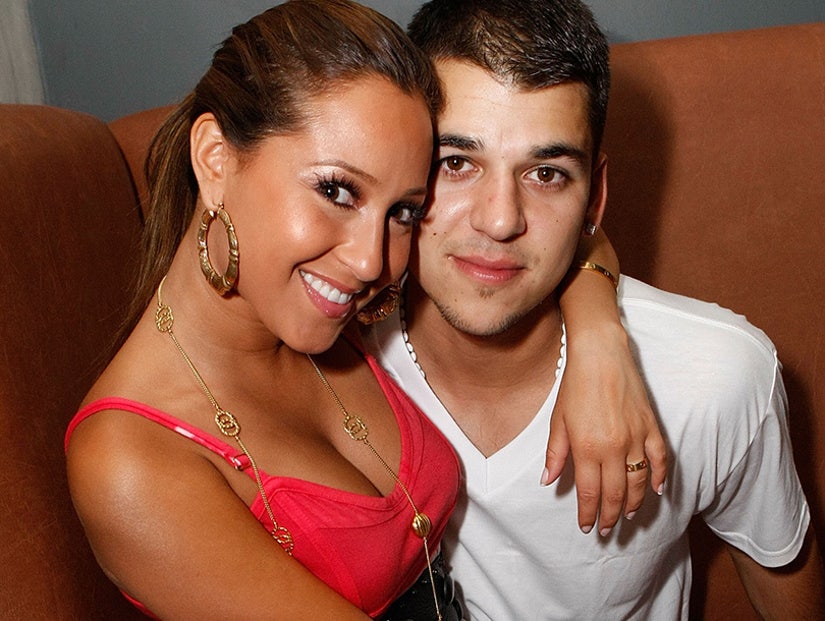 It's been years since Adrienne Bailon dated Rob Kardashian, but she's still getting asked about him ... and his new girlfriend!

The co-host of "The Real" revealed how she feels about her ex's relationship with Blac Chyna at the Kids Rock! Shop Day in Los Angeles on Thursday evening.

"I'm happy for him. He deserves happiness so I'm happy for him. He seems happy," the former Cheetah Girl told Us Weekly. "He's a great guy. I always say that. We were in love at one point, and I think when you're younger, what is that, hindsight is 20/20? You look back, and you're just like, 'We were young and in love,' and life goes on. You wish that person the best. You always wish well on people."

She's really done a 180 since her now-infamous interview with Latina magazine back in 2014.

The two dated for two years, from 2007-2009, and even got each other's names tattooed on their bodies.

"It's common knowledge that he cheated on me," Bailon said of why they split. "It always bothered me that people were like, 'Why couldn't you forgive him?' Why are women always the ones who have to forgive? If you cheated on a man, he would be like, 'You're disgusting, and I want nothing to do with you.' But women, we're supposed to be like, 'He messed up. He made a mistake.'"

"He strategically planned things out so that he could cheat on me, and that to me was so disloyal," she added. "At the time, I didn't think anyone would even care. To this day, people will still say, 'You ruined Rob's life!' And I'll think, 'Damn, I was still playing with Barbie dolls when I met him.'"

Those comments got her in some trouble with Rob's sisters -- so it's for the best she's keeping it PC these days.

Bailon got engaged to Lenny Santiago in 2015, but called off the engagement in September.

"It was a hard decision to make when you're with somebody for such a long time," the actress admitted at the time. "I think as women we have a hard time with change...it was hard for me, but you have to be true to yourself, you have to be honest with your self. I think that having time on my own gave me that opportunity."