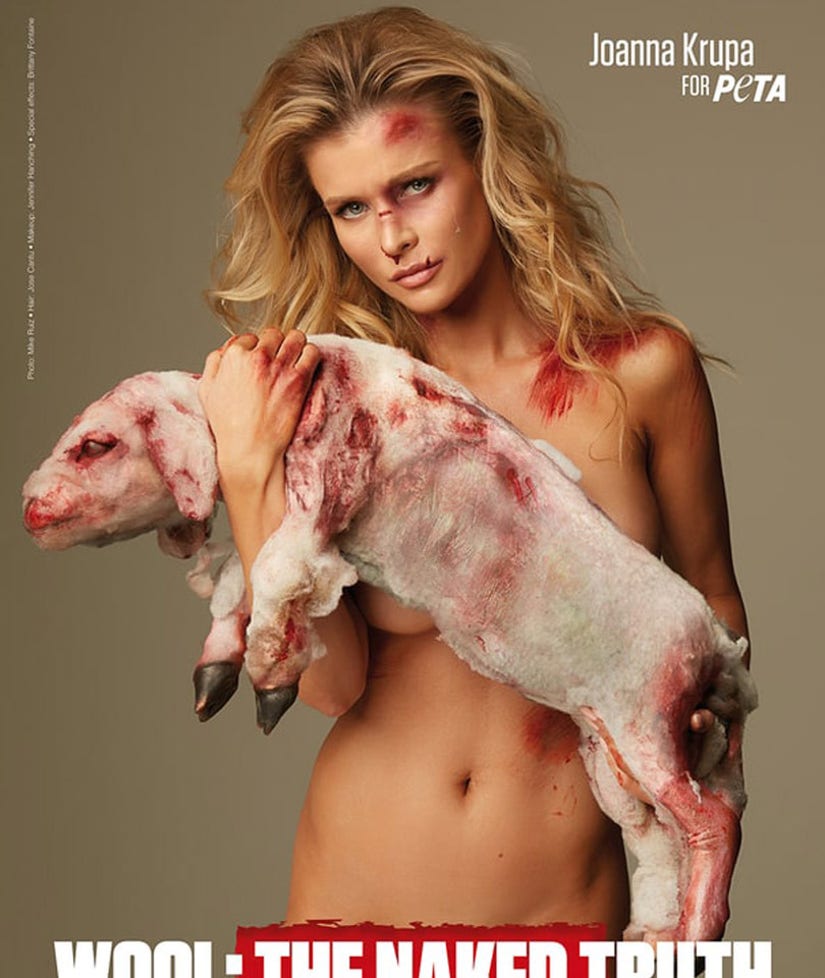 Joanna Krupa is stripping down (again!) to make a big statement.

The "Real Housewives of Miami" star goes completely naked in a shocking PETA ad, which brings attention to how sheep are violently sheared and abused.

In the pic, the 36-year-old model sports nothing but bruises and blood as she cradles a dead sheep in her arms. Under the animal's lifeless body, the message reads: "Wool: The Naked Truth. There's nothing warm and cuddly about wool."

Krupa opens up about the importance of the cause, saying, "When human beings are abused and beaten, we can ask for help, can call the police, can ask a family member, can ask a friend, 'Please help me.' Sheep beaten and abused for wool need someone on their side, too. My PETA ad may be shocking to look at, but I hope it will open people's eyes and encourage them to choose kind, wool-free fashion."

"I had no idea that people were so cruel," she continues. "They beat these sheep in these wool farms. Some of them get slammed, break their necks. Millions of them each year. They end up dying. They're shearing the animals so quickly that they cut them open sometimes, and they sew them without any painkillers."

This isn't the first time Joanna has bared her bod for the animal rights group. She also appeared in PETA's "I'd Rather Go Naked Than Wear Fur" campaign, and she showed off her painted figure for PETA's anti-SeaWorld ad.

What do you think of her latest ad? Sound off below!