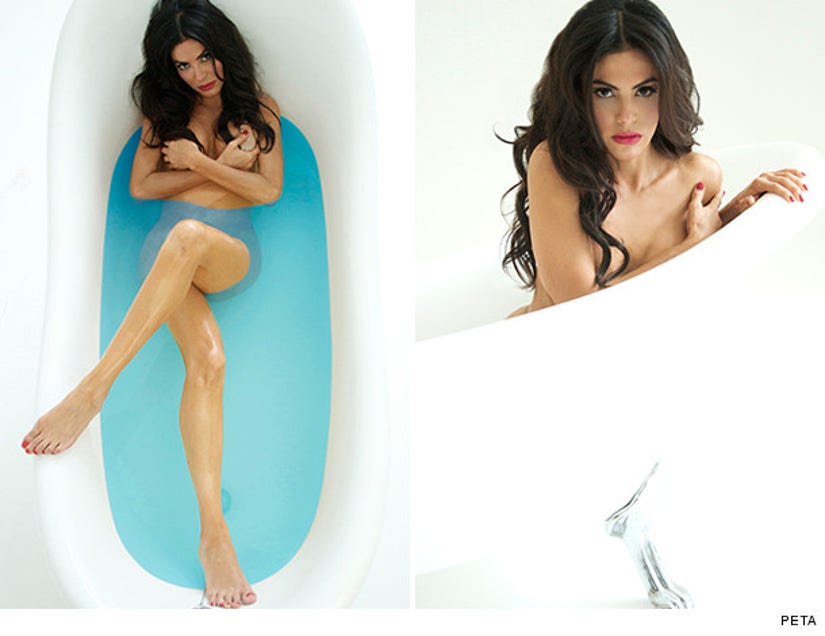 Adriana De Moura is the latest star to get naked for nature!

The "Real Housewives of Miami" star stripped down for a provocative new PETA campaign that asks, "Could You Live in a Bathtub for 40 Years?" The ad explains that plight of Lolita, an orca has been imprisoned in a small tank at the Miami Seaquarium since she was captured from the wild in 1970.

Adriana also encourages parents not to patronize marine mammal parks with their families. "When you take your children to a park where an animal is being kept for years in confined quarters .… in this age, where we're supposed to be so enlightened -- equality for everybody -- it's a hypocrisy," she said in a Q+A. "You're sending a message to your children that it's OK to dominate, it's OK to confine."

Speaking of families, PETA hopes that Lolita can be returned to Puget Sound where her 82-year-old mother lives in a controlled release.

Adriana joins a long line of stars who have stripped for PETA, including her fellow Miami housewife Joanna Krupa. Joanna has been a longtime supporter of the organization, and appeared in several controversial campaigns.

Given that the two women have competing weddings on the show this season, toofab's Lawrence Yee asked Joanna about what she thinks of Adriana's campaign. "I can't really comment much about that," the supermodel told toofab exclusively. "I've been a big animal lover for many years. I'm very passionate about it and it's close to my heart. I can't talk about other people's reasons for doing that."

Check out both of their ads below and click on the "Launch Gallery" link to see even more stars' PETA campaigns? 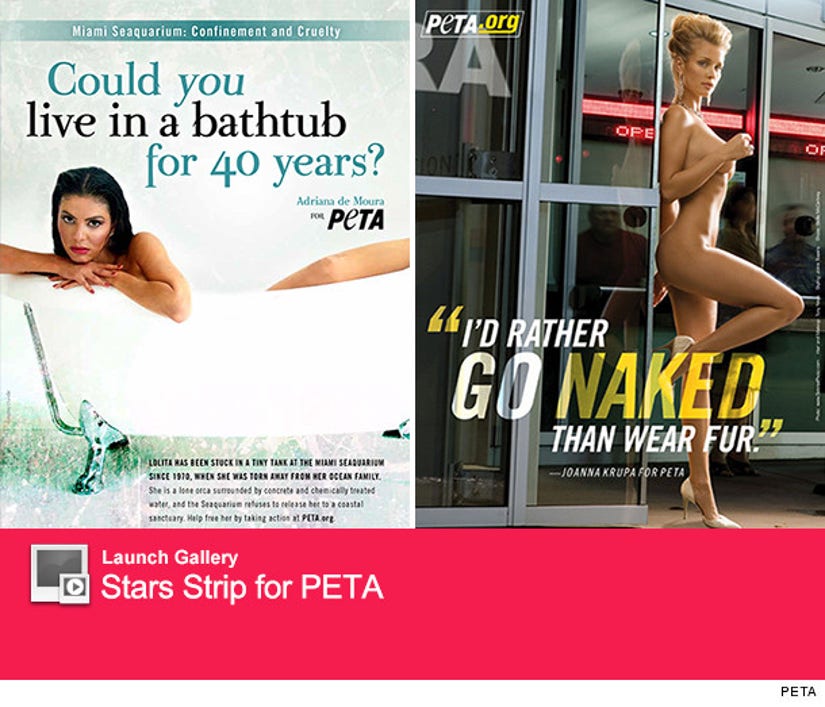 Whose ad is more effective? Tell toofab in the comment below!