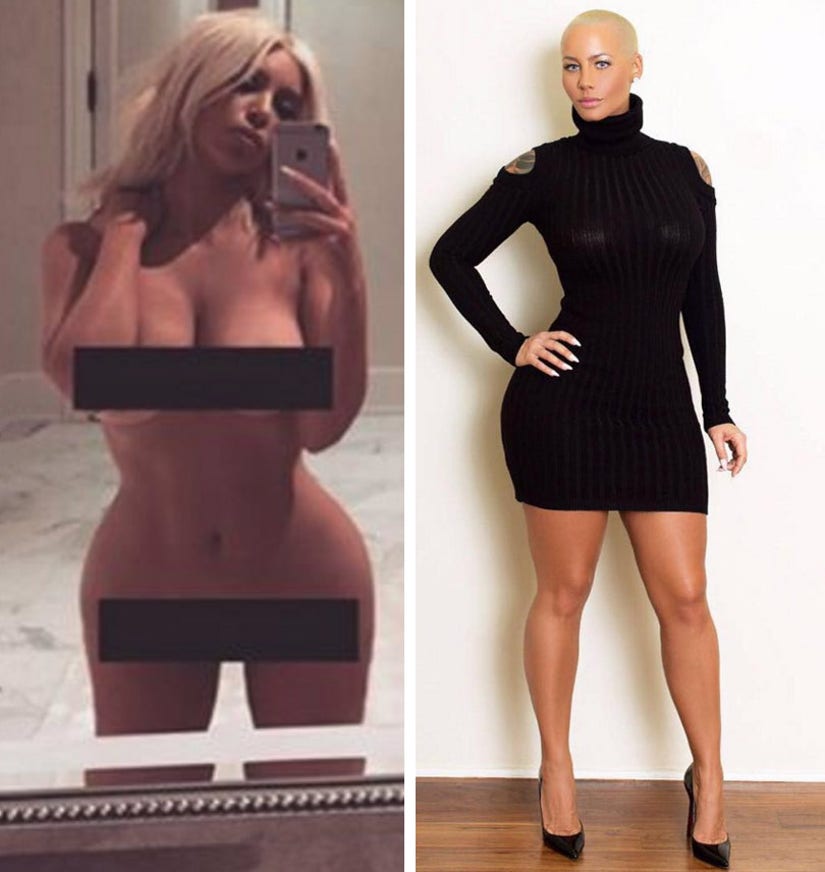 Kim Kardashian's nude selfies STILL have the celebs around her all abuzz -- and Amber Rose has more surprising thoughts about the whole situation.

To recap, we've had Bette Midler's signature witty retort, "Kim Kardashian tweeted a nude selfie today. If Kim wants us to see a part of her we've never seen, she's gonna have to swallow the camera.” We've also had serious denunciations from P!nk and Chloë Grace Moretz, lambasting the 35-year-old reality star for emphasizing her body over her other traits.

Amber sprung to Kim's side earlier this week, hitting back at P!nk on an Insta post that read, in part, "Pink, We've seen u damn near naked swinging from a rope( Beautifully) but what's the difference between a rope, a pole and a pic on Instagram? Classism."

The 32-year-old model, actress, and feminist activist swung by ABC's "Nightline" on Thursday night to double down on her opinions.

During the interview, Amber further insisted, "I thought she looked beautiful. I'm a mom. I know how hard it is to like work out and try to get your body back but at the same time, embracing the fact that your body does change after you have a baby."

Unusually gracious to an ex's spouse, huh? Amber did concede that this might seem odd to some.

"People think that me and Kim are arch-enemies," she said, "and we're not. We literally text each other all the time. We're very, like, positive towards each other."

She went further, suggesting a sense of kinship with Kim, because both their critics dismiss them for their raunchy pasts.

"People feel like Kim is just famous because she had a sex tape, and I'm just a famous ex-stripper," she snapped. "We're not able to be mothers and still be sexy because we were ex-sex workers."

"If Brad Pitt posted a picture like that, everyone would praise him," she also claimed, accusing Kim's critics of a double-standard.

"If any sexy guy posted a nude picture with a little black strip over his private areas, everybody would be like, 'Damn, he's hot, he's sexy looking. Look at that body! Oh, he's a dad too?'"

What do you think of Amber's remarks? And, more importantly, can Brad Pitt try and prove her right?