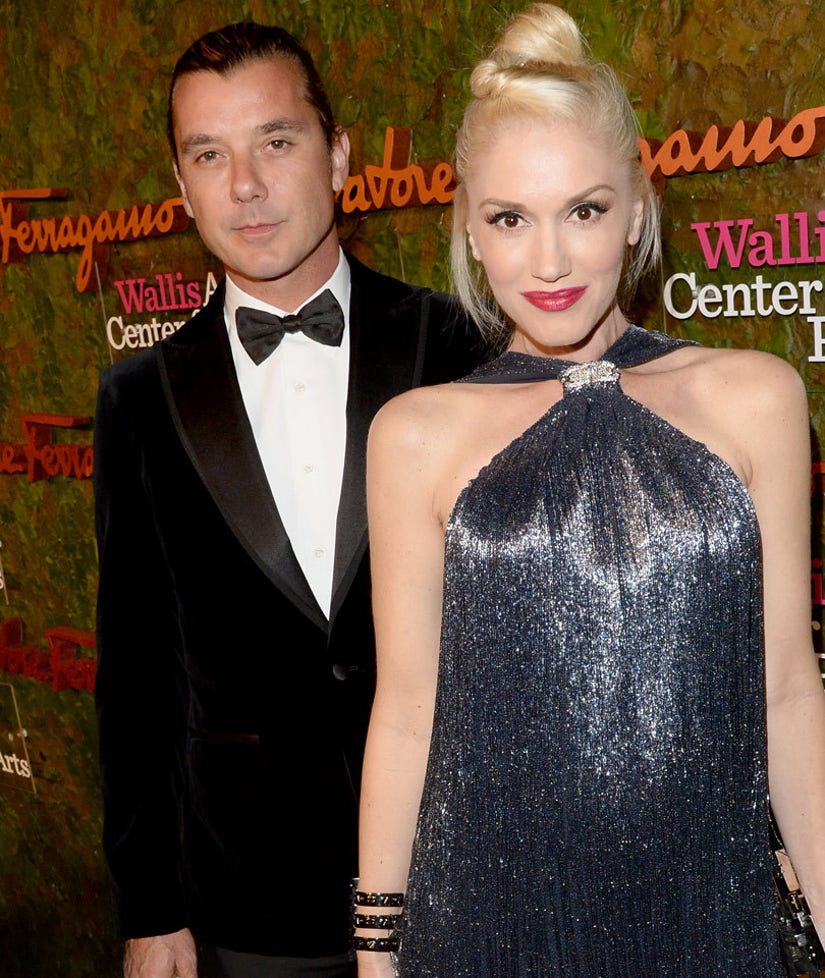 With her new album coming out next week, Gwen Stefani just did a new interview with the New York Times that sheds some new light on her split from Gavin Rossdale -- and man, it's not pretty.

Though she and the Bush frontman agreed to joint custody when they settled their divorce back in October, she clearly isn't happy with the arrangement. "It's like, the most unjust, unbelievable system," she tells the paper.

While the article doesn't get into specifics, the Times says "those closest to her had known the secret that ultimately ended her 13-year marriage" for a whopping 10 weeks before she found out.

"My life was literally blown up into my face. If I could, I would just tell you everything, and you would just be in shock. It's a really good, juicy story," she teased. Come on, tell us more!

When she did finally learn that big secret (whatever it is), she hit a low. "I'm gonna die," she recalls thinking. "I am dead, actually. How do I save myself? What am I going to do? How do I not go down like this?"

Almost a year after separating, Gwen is still incredulous about the entire situation.

"I'm not going to say I'm not still picking up the pieces and every day isn't a challenge," she adds. "I'm still in shock. But it's an awesome time."

These new details -- that everyone else seemed to know what was going on for months, that she isn't thrilled with custody and that it's a "juicy" story -- don't paint the best picture of her ex. Rossdale, for his part, has remained extremely tight-lipped about the entire situation.

Let's take a look back at some of the other telling things Gwen said about what happened in previous interviews ....

Speaking with 94.7 Fresh FM's The Tommy Show in Washington, D.C. back in November, she said there were "so many bad things" when asked about her current "situation."

"I feel like I go back and listen to a lot of [her old music], and I get sick," she added. "You look at the song and you go 'That was a red flag. That was a moment where I was feeling just as bad as I feel today and why did I keep it up?'"

Gwen added that she was optimistic that "there's always good things that come out of bad things," and remained hopeful about the music her heartbreak would produce.

In another chat with KIIS-FM's JoJo Wright, Gwen called the split, "Unexpected."

"I had been writing, writing because my life blew up," she said. "Everybody knows that my life blew up last February. I'd just been dealing with that. Unexpected. I was going along thinking that was going to be the rest of my life and it's not. I don't know what happened."

She went on to talk about one night in particular that led to her writing her emotional single, "Used to Love You."

"There was one night, the epicenter of the whole thing — that's the most I can say about that — and the next day I wrote the chorus to 'Used to Love You,' but I didn't know it was 'Used to Love You.' I just had written all this stuff and it had happened to be in there buried in a bunch of lyrics that I had written."

So ... do you think the nanny hookup rumors are true? And how did everyone else know before Gwen did? Sound off with your theories below!