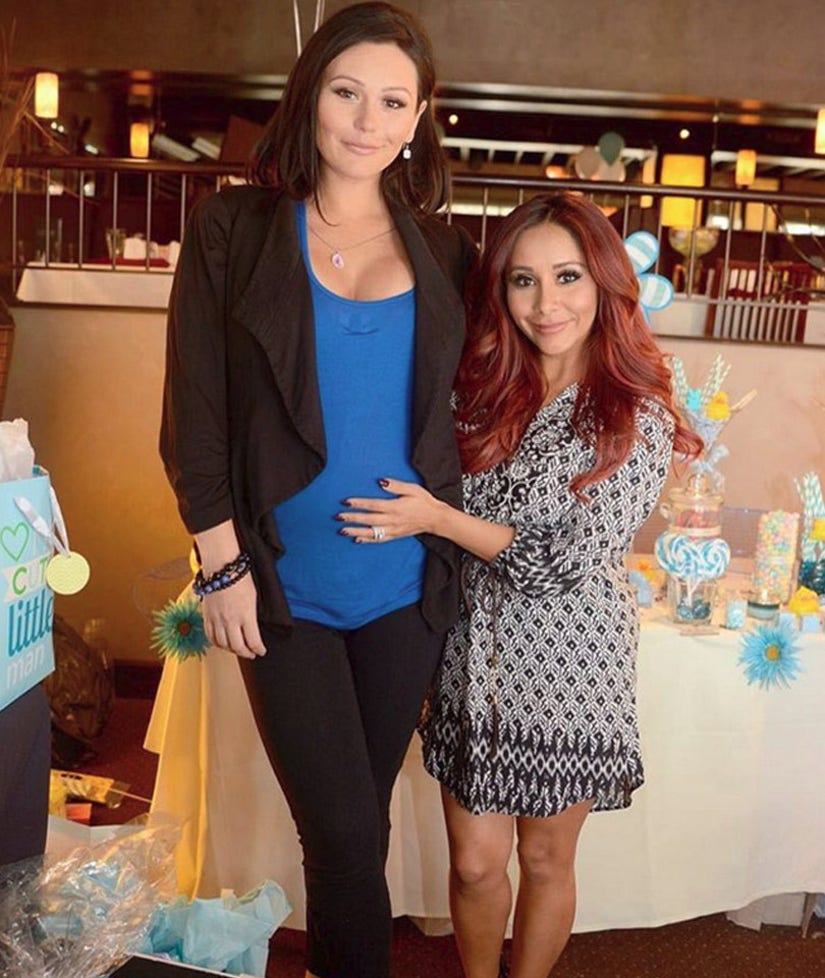 Jenni "JWoww" Farley is counting the days until her son's arrival!

The "Jersey Shore" star, who is due in May, celebrated her baby boy at a surprise "baby sprinkle" over the weekend. Of course, her BFF, Snooki, put her finishing touches on the special soiree.

JWoww was glowing at the event, showing off her growing bump in a cleavage-baring blue tank, black blazer and matching pants. Her pint-sized sidekick was snapped putting her hand over her pal's belly, while rocking a cute patterned mini.

"It was supposed to be a surprise but my friends accidentally told me about it," the expecting star wrote on her website. "But after I found out, I was counting down the days! We did it Savor Lounge because I still love celebrating big milestones on the Jersey Shore."

Snooki was in charge of the "kick ass candy bar" and "yummy cake flavors," as well as the creative "Beauty and the Beast"-themed centerpieces. 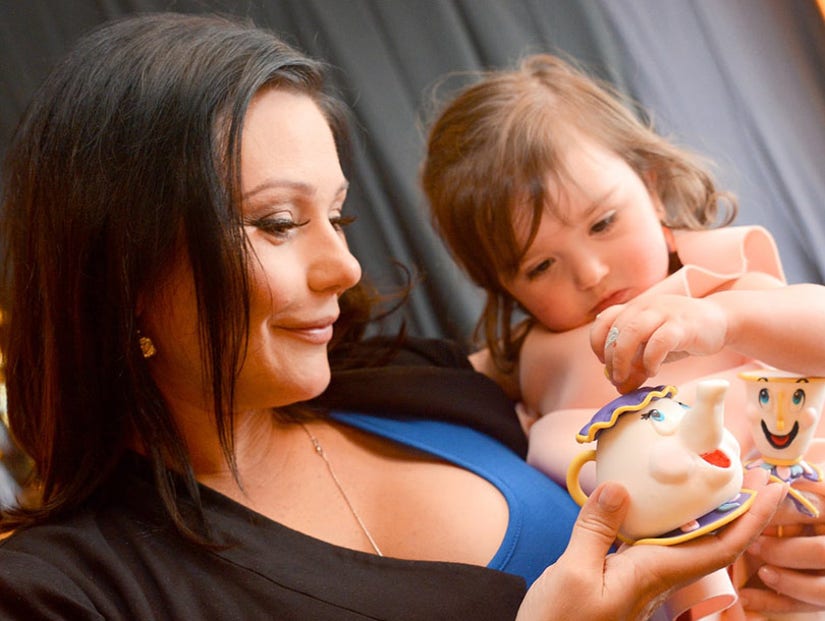 "Having this sprinkle makes me want to have my baby boy NOW," she continued. "I can't wait until he's ready to get here! I'm also done being pregnant lmao. I think Meilani will be confused because she's still too young to understand what's going on. I think she's wondering why mommy's belly is getting so big. I'll say 'baby' and point to my stomach, but then she's super confused. She's like, 'What are you talking about?'"

Jenni and husband Roger Mathews revealed that daughter Meilani was getting a sibling during their wedding back in October.

We can't wait to see the couple's new addition! 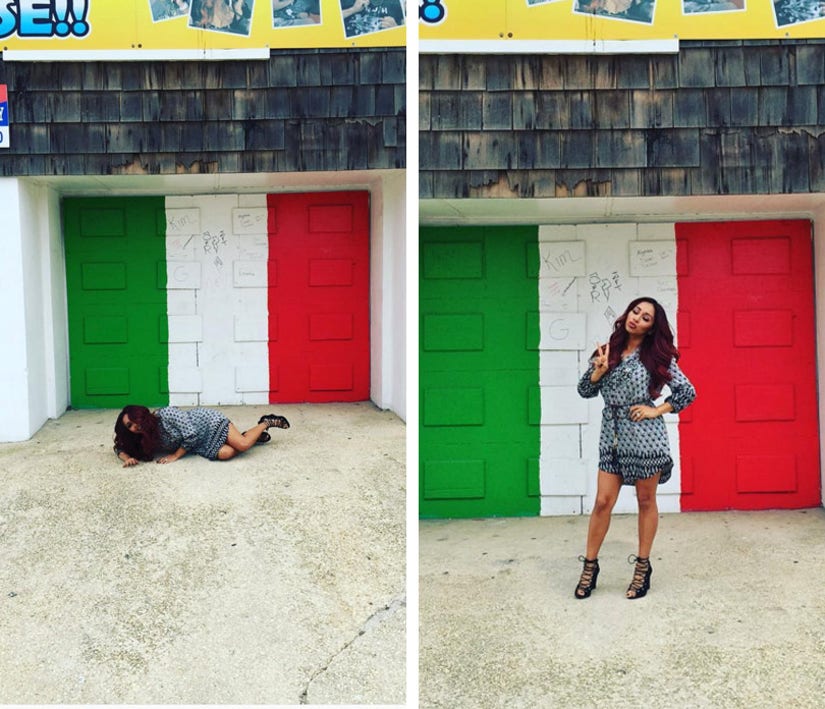 Jwoww and Snooki have certainly come a long way since their "Jersey Shore" days. While they have changed their wild ways, Snooki still loves to reminisce about their time on MTV.

The day of the sprinkle, she even visited their old stomping grounds.

Check out the photo above to see her recreate one of her drunken falls!