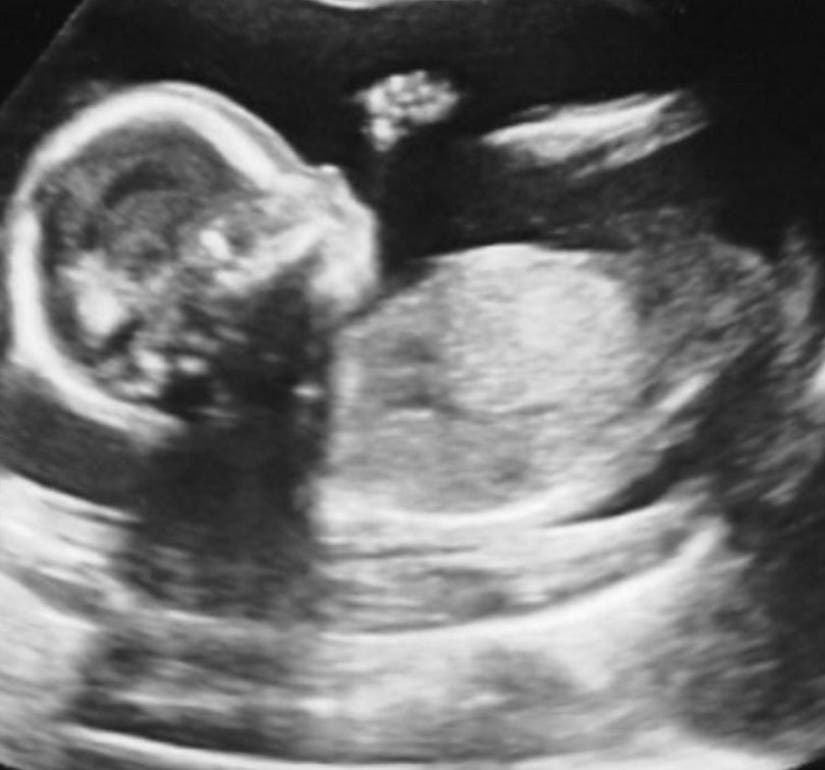 Looks like Gwen Stefani missed the memo about not joking about pregnancy on April Fool's Day.

ICYMI, the singer posted a photo of a sonogram on Instagram this morning, with the caption, "It's a girl." While some offered congratulations and LOLs, others found the joke incredibly offensive -- and they didn't hold back.

Here's a sampling of the comments starting to fill her page:

"This is not funny. For people who can not conceive or have trouble conceiving or who have miscarried you should never joke about pretending to be pregnant and blasting it all over the world. I figured you would have more respect seeing you are a mother."

"You think this is so funny. Have a care to women out there that are struggling with infertility. This is NOT an April Fool's joke. This is some woman's dream. I expected better from you."

"Kinda of a sh--ty April fools jokes!! Lots of ladies wish they could get pregnant!!"

"If this is a joke it's not funny at all. Pregnancy isn't something to joke about when there are so many people in this world who can't get pregnant."

"Gwen, I love you. I've been a fan of yours since the 90s when I was a teen. But you are a grown adult woman. This sort of childish prank on April fool's day is so beneath you. This is the sort of stunt an 18 year old pulls for attention, not a beautiful woman. You are more clever, creative, and wittier than this. So many women struggle with infertility, including myself. It is not funny. I haven't been able to conceive for 7 years. I've been told by 4 different specialists, it will never happen. No IVF, No IUI, no injection works. You are the mother of gorgeous beautiful boys. You know how precious being a mother is. Please consider deleting this post. It's not funny. It's just insulting to your adult female fans."

"What a terrible April Fool's joke. Shame on you. All those suffering from infertility and pregnancy loss expect better than you. Classless."

"Only a joke when you NEVER have to suffer years of trying to get pregnant."

"This is really f--ked up. I've lost tons of respect for you Gwen. There are tons of people that can't get pregnant. Like myself I had to go through fertility treatment to have my twin boys. Never use a fake pregnancy as an April Fool's joke."

Yeah ... they're going in on her hard, and more comments are coming in the longer the post stays up.

The backlash against pregnancy jokes on April Fool's Day isn't new. Countless women's blogs and websites have devoted posts to why pregnancy is no laughing matter.

Just check out this post from SheKnows from just four days ago, explaining why this trend should end.

The bottom line is: The whole point of an April Fools' prank is that it's supposed to be funny to everyone involved. People struggling to conceive already spend plenty of time thinking about babies that don't exist. There's no need to make your phantom April Fools' baby one of them.

So, what do you think about Gwen's "joke"? Sound off below!