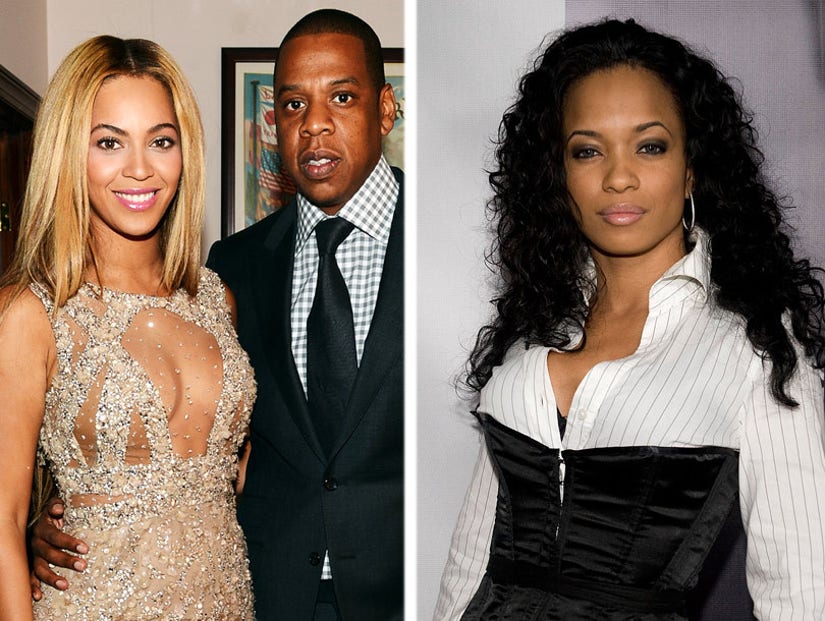 Rachel Roy and Rita Ora want nothing to do with being called "Becky with the Good Hair" -- but one woman is copping to the title.

"I am Becky with the good hair. And I am also Beyonce," video vixen-turned author Karrine Steffans says in a powerful essay for XOJane, where she related to Knowles' "Lemonade" lyrics as both a side piece and as a cheated-on wife. She begins her tale by alleging a personal hookup with Jay Z, one that happened well before Beyonce entered the picture.

"I was a 21-year-old California transplant who'd been tossed into my first music video after a fateful meeting with director Hype Williams," she writes of how she came to know Jay. "A single mother raising my son on my own, I jumped at the chance to make $2,500 a day to dance around and look pretty next to the artist — Jay Z. He was a long-time friend of my cousin, Chuck, and after a call from him, Jay knew to keep me close, making sure I got loads of camera time. This was the beginning of my stint as a video girl, and one day Jay and I stole away for some time alone toward the end of the day."

She gets a little explicit about the details in the full piece, adding that they "knew we'd made a mistake" as soon as they were done.

Steffans goes on to say she was the a "Becky for many men, and they were all my salvation and my destitution." Karrine, who earned herself the nickname "Superhead" for her talents, has been very open about her exploits in the past ... and even released a memoir titled, "Confessions of a Video Vixen." Currently, Karrine may or may not be married to actor Columbus Short, depending on who you talk to. She says the two tied the knot, while he told TMZ they never said "I do." She got a temporary restraining order against him earlier this month.

"As I watched Lemonade, I heard a wife, a Beyoncé, cry about a Becky. I listened to her wail on songs like 'I Pray You Catch Me' and 'Sandcastles,' and I resonated with how she felt as a woman who was promised forever and faithfulness only to have these notions dashed by [another] woman," she continues, reflecting on past relationships.

And while wives and side-pieces may seem like they're on opposite sides of the spectrum, she says they actually have a lot more in common than they'd care to admit.

"There is a stigma attached to the other woman, the side piece," she continues. "There is this notion that her position alone warrants shame but, honestly, I don't see the difference. There is a silent shame that comes with being a Beyonce, being a wife who knows she's been cheated on and lied to, but for the sake of matrimony, she stays."

Check out the full piece over at XOJane's website. Do you agree with her opinion?