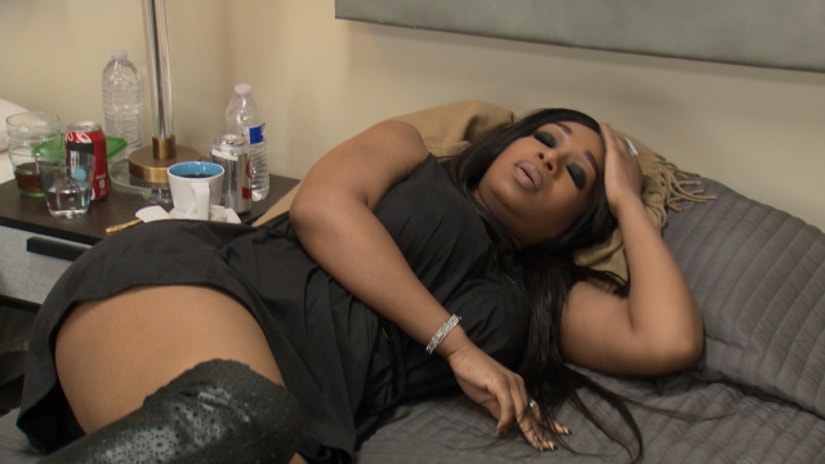 The drama on "Family Therapy" takes a serious turn this week, as Tiffany "New York" Pollard worries about her pregnancy.

The reality TV star found out she was expecting while on the show, after taking a pregnancy test in front of the show's resident counselor Rachel Clark.

In a clip from tonight's episode though, Pollard reveals she's been going though some troubling symptoms.

"I've been keeping the fact from everyone in the house that I've been having some cramping, spotting," she says in a confessional, before relaying the news to Clark.

Both Clark and Dr. Jenn Mann tell her she needs to visit an OBGYN's office "immediately, to rule out any serious danger."

"I'm just gonna go along with Tiffany until I get to the bottom of things," she says in a confessional. "I know that my daughter is not pregnant."

Sadly, Pollard did lose the baby, opening up about her miscarriage on "The Steve Harvey Show" earlier this week.

"I lost my child and it was one of the most painful things I could ever ..." she said, trailing off in her first public statements about what she went through late last year. "You never even believed me to start," she then said to her mother.

"Where's the baby?" Patterson shot back, a comment that left everyone on the panel in shock. "I'm done," Pollard added, cutting her off.

Harvey then totally lost his cool, calling out Tiffany's mother for her behavior.

"This my show. I don't really know what you all do on reality TV, but let me tell you about me," he yelled. "I had enough about this right here. This right here, it's crazy. You crazy."