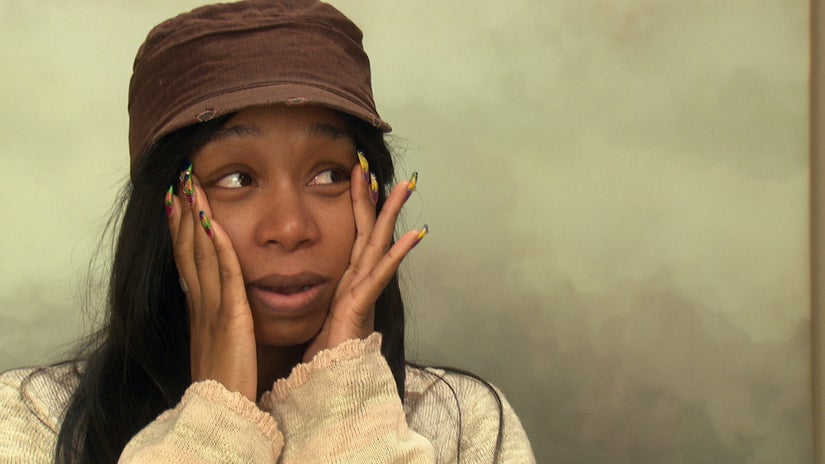 In a sneak peek at tonight's emotional episode, we see the exact moment the "I Love New York" alum finds out the big news -- and she's visibly shocked.

After taking a pregnancy test away from the rest of the cast, the show's resident counselor Rachel Clark shows Pollard the positive results. "Oh f--k, oh my gosh, no," she exclaims, before walking out of the room.

"This is so weird. It's so scary," she adds in a confessional, before having a subdued conversation with Clark about how her life is about to change.

"I know it's gonna change everything, so I think that's the thing I'm worried about the most," she confesses. "I'm used to waking up and making it about me, what I feel like doing. Maybe it is time for me to just have a baby, it's going to be fun. It's a lot of work."

As the conversation goes on, she becomes more excited about the idea, admitting, "I'm looking forward to it." 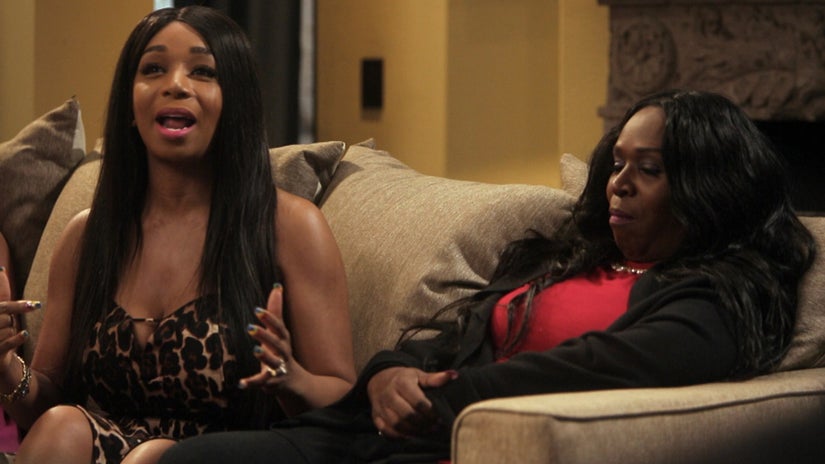 Later in the episode, she breaks the news to the rest of the housemates in dramatic fashion.

"I have a secret, but I feel like everyone in this room can support me, including you," she says, motioning to her mother. "Because it's the right thing to do. With that being said, there's one more person that's moving into this house. The one person who's moving into this house, actually already moved into the house. My house."

As she reveals that she's five weeks along, the rest of the cast shows their excitement and give her congratulations.

Her mother, Sister Patterson, is not on board with the new development.

As the episode continues, it appears the stress of the situation starts to get to Pollard.

After feeling "dizzy" and "exhausted," she's taken to the hospital.