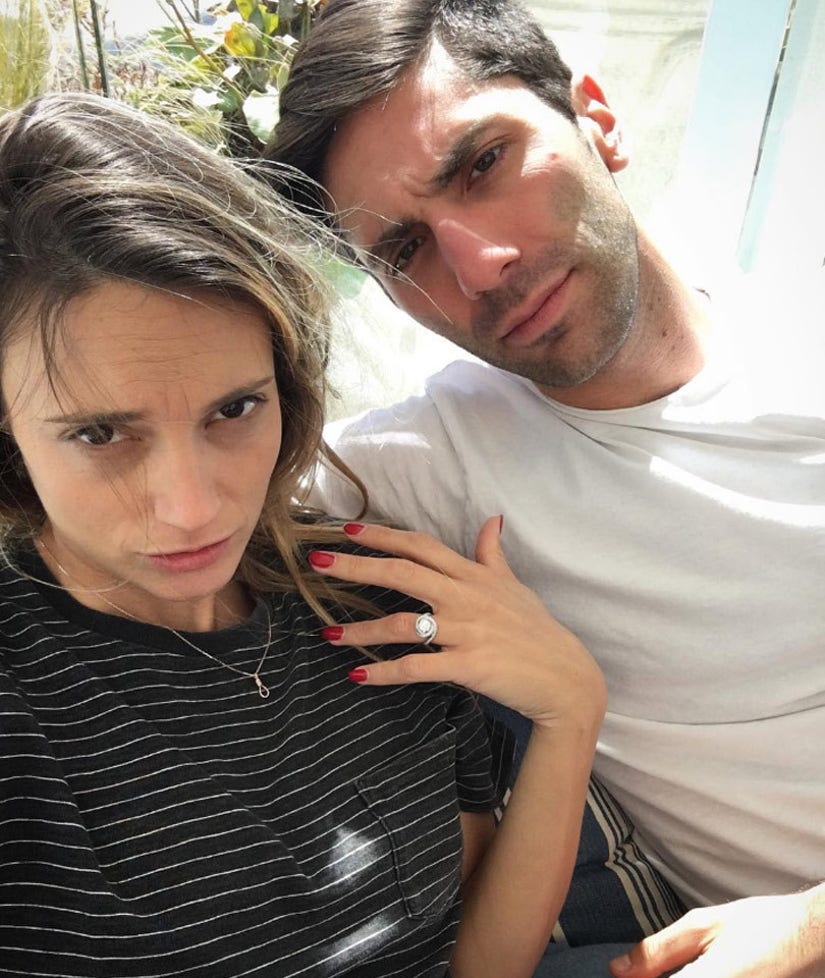 Nev Schulman is officially off the market!

The "Catfish" star proposed to his pregnant girlfriend Laura Perlongo over the weekend and shared a new photo of her giant sparkler via Instagram on Monday.

"We're enraged!!!!," he jokingly captioned a shot of him and Laura with her new engagement bling, the duo making sour faces.

He later followed that shot up with another, more cheerful pic. "Seriously though, couldn't be more in love with this nugget. so excited to spend my life with you," he wrote in the caption. "SHE SAID YES!!!," he added on Twitter, "Pretty sure the @Cartier ring helped though."

Earlier this month, the cute couple announced they were expecting their first child together, a baby girl, and Perlongo documented the news in a funny blog titled, "'Pregnant? You're Keeping It? Ew.' and Other Reactions."

In the essay, Laura remembers how they first found out she was expecting -- even though they had only been dating for seven months, long-distance ("with a break in August") -- but still decided to have the baby together.

Though Perlongo says their decision to start a family together wasn't exactly an easy one -- noting that it came "after a few teary-eyed nights in an empty bathtub" -- it does sound like they're excited to share their lives together.

"Nev and I certainly have no idea what we're doing, we just know we're doing something we want to be doing," she concluded her post. "Hopefully we don't suck at it or turn into know-it-all zombies. Mainly we're just really happy and excited."

What do you think about Laura's engagement ring? Sound off below and check out the gallery above to see more celebrity engagement and wedding bling!