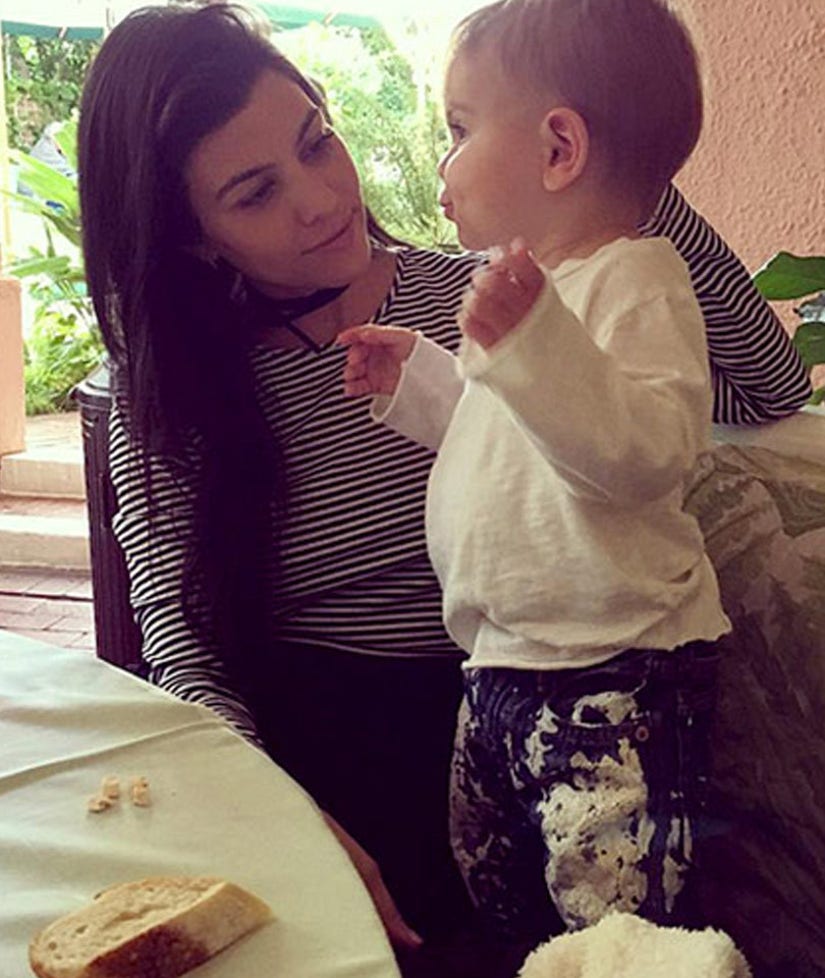 Kourtney Kardashian just may have revealed the secret behind her killer bod ... her son, Reign!

The "Keeping Up With the Kardashians" star enlisted the help of her tiny tot to add extra weight as she did plank push-ups with her trainer -- and she documented the fun on Snapchat.

In the clip, a pajama-clad Reign was seen riding on his mama's back as she worked out her arms.

The 1-year-old isn't the only member of his famous family to help out during workouts. His big brother, Mason, also got in on the action!

In another snap, fans saw the 6-year-old doing his own workout while his aunt, Khloe Kardashian, finished up her crunches.

Khloe recently revealed that she likes to team up with Kourtney to stay motivated. "I love that we can work out together. Because Kim sort of prances and is super cute and gorge, while Kourtney and I are dripping wet," she told Harper's Bazaar in a new interview.

The pair can't go a week without exercising, "otherwise we feel like sh--," she added. "We're so mean to ourselves, we're like, 'Oh our butts are hanging low! And our arms!' And literally it's been a week—I'm sure not much has changed."

Whatever they're doing, it's working!