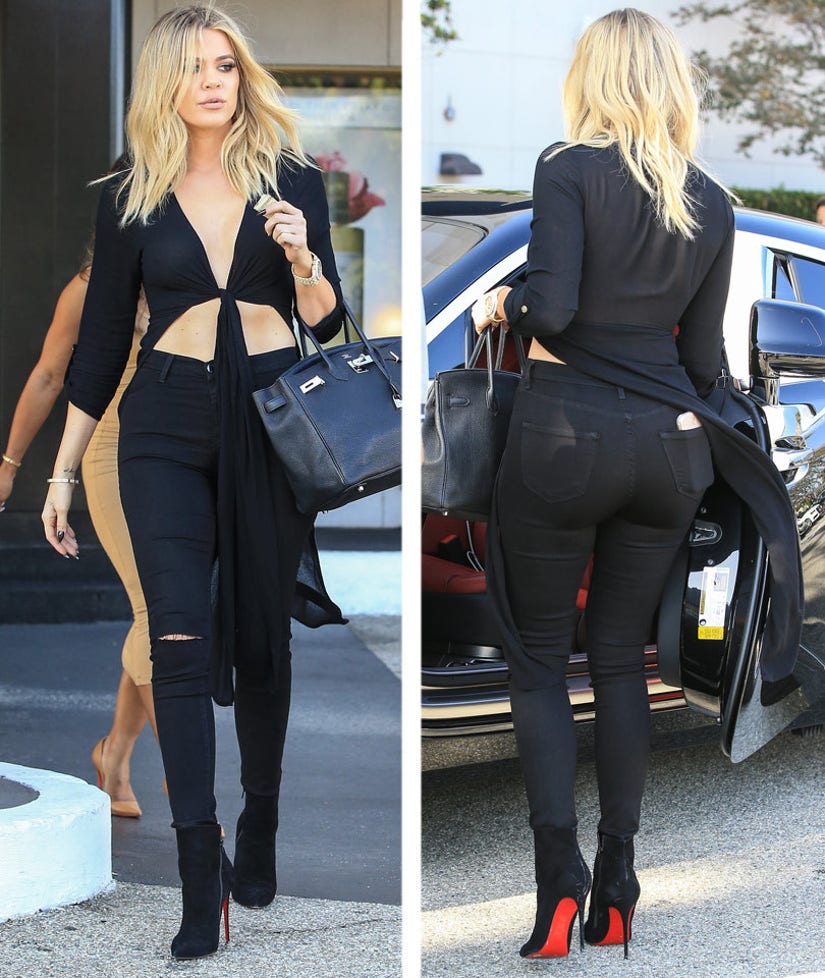 Khloe Kardashian is looking hotter than ever!

The "Keeping Up With the Kardashians" star left little to the imagination when she went braless in a cleavage-baring black crop top during an outing in Los Angeles on Monday. She completed her show-stopping look with black distressed jeans by Frame, Christian Louboutin booties and a matching Hermes Birkin bag.

The blonde bombshell has clearly been working hard in the gym, dropping over 40-pounds over the past two years by working out three to five times a week and changing up her diet.

She credits her weight loss to a renewed focus on health, rather than her clothing size. "I never thought about the number," she tells Harper's Bazaar in a new interview. "When I started seeing that I could lose weight—because I just thought my body would never change—I started taking it more seriously and eating better."

While she loves Pilates and SoulCycle, Khloe reveals that circuit training "and really intense cardio" give her the best results. "I'm a beast at the gym. I'm super competitive and I'm a sweater. I'm like, 'Don't f--- with me and don't mess up my routine,'" she says with a laugh. 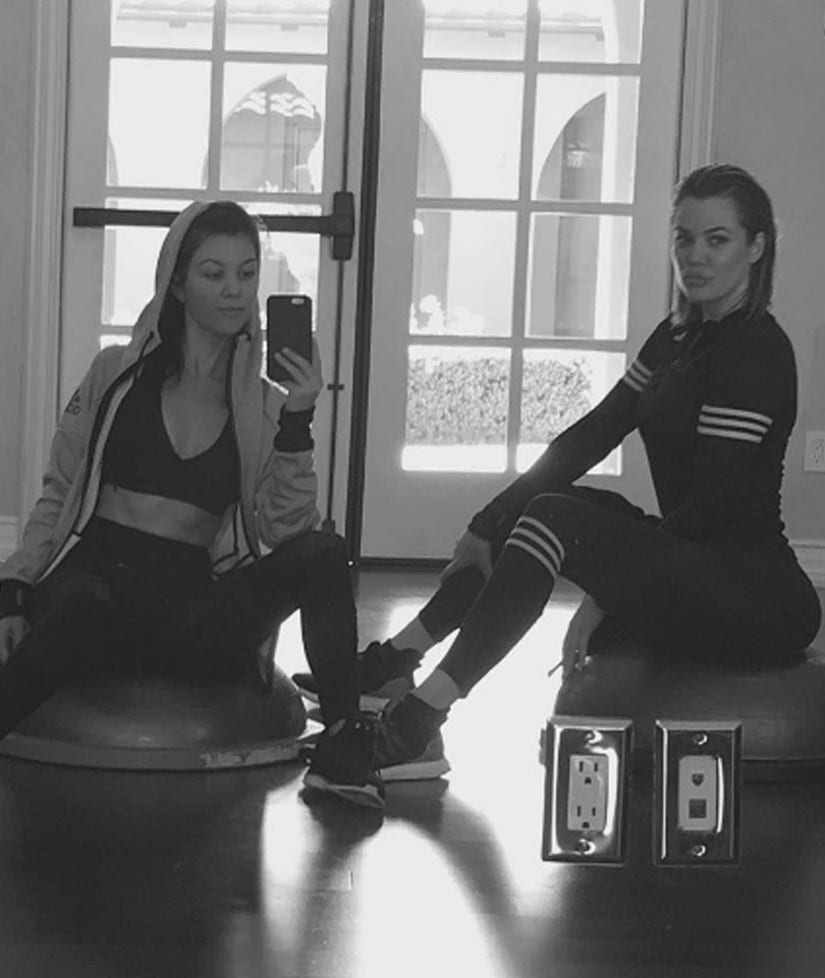 She even enlists the help of her sisters to keep her motivated. "I love that we can work out together. Because Kim sort of prances and is super cute and gorge, while Kourtney and I are dripping wet," she says. The pair can't go a week without exercising, "otherwise we feel like sh--," she says. "We're so mean to ourselves, we're like, 'Oh our butts are hanging low! And our arms!' And literally it's been a week—I'm sure not much has changed."

Kardashian admits she's treated differently, now that she's lost those extra pounds. "I definitely think the fashion industry, and people in general, look at me more now that I've lost weight," she explain. "Even on shoots, I would never have options for clothing. There would always be this attention on Kourtney and Kim, but I was too much work for [stylists] or they had nothing in my size. I wasn't even that crazy big!"

That's why Khloe only works with stylist Monica Rose. "At my fattest, Monica would always come with racks of clothes and make me feel special. She never told me, 'Oh, they don't have that in your size,'" she says. "Other people actually said, 'I just can't work with you'—because I was too big. That always hurt my feelings, of course."

Today, those same stylists are now approaching the reality star to dress her public appearances. "I'm just like, 'F--- you. I'm not going to reward your bad behavior.'"