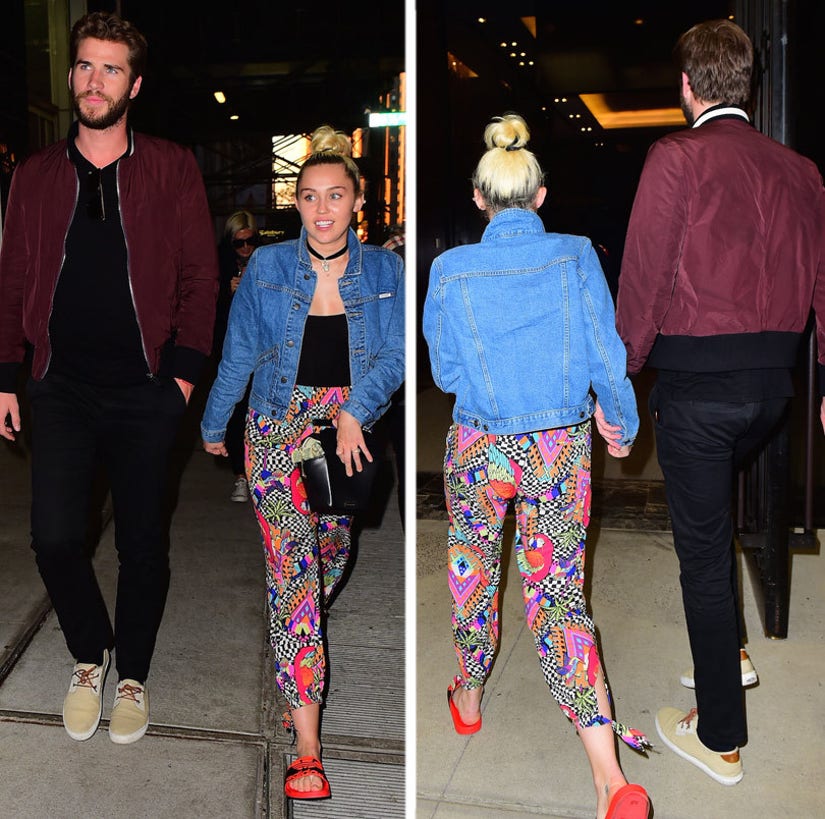 Miley Cyrus and Liam Hemsworth were seen hand in hand Tuesday night, a sure sign from the gods that this hot duo is back in action.

Although the two have not confirmed their renewed relationship, the suspected couple were seen leaving the Soho House in New York City after a dinner date.

23-year-old Cyrus rocked a messy bun, a vibrant high waisted pant, and a denim jacket. She also flashed her 3.5 carat engagement ring that Hemsworth popped the question with before their split in 2013.

Accompanying his former – or maybe current/future -- fiancée to the car, 26-year-old Hemsworth sported a maroon jacket and black slacks. He's been in promoting his new movie, "Independence Day: Resurgence."

Hemsworth opened up about the split in GQ Australia earlier this month, stating, "At the time we were in different directions and it's just what needed to happen. We were both super young and it was a good decision at the time- we both needed that."

Although the actor likes to keep his private life private, he did admit, "I guess when I feel something, then I just feel I and I go for it. I make decisions about what's going to make me happy, what I think is right and what I want to do- and I don't worry to much outside of that."

After all, absence does make the heart grow founder, so perhaps this time apart was just what the two needed.

"People will figure it out, they already have ... they're not dumb" Hemsworth joked of their current relationship status.

This photo pretty much puts all those rumors to rest, right? What do you think of their rekindled romance? Sound off below!