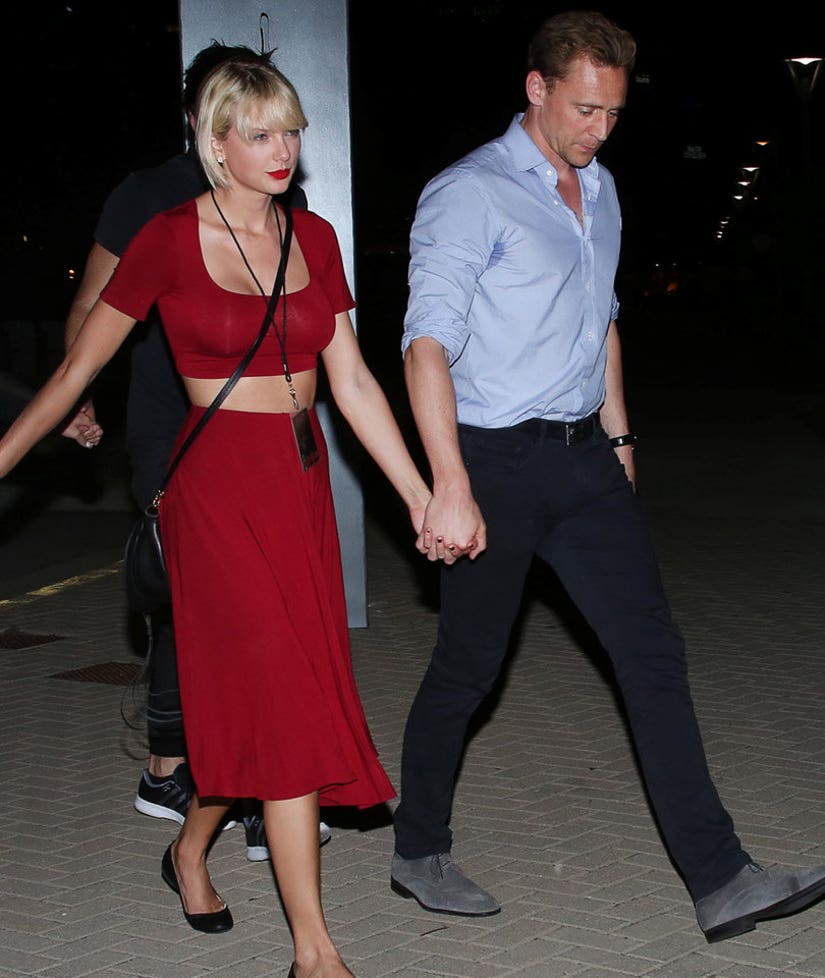 Taylor Swift and Tom Hiddleston looked more than comfortable with relationship when they were snapped holding hands after Selena Gomez's concert in Nashville, Tennessee on Tuesday.

The singer looked red hot in a fiery crop top and matching skirt with black flats, while her actor beau sported dark jeans and a blue button-down.

Earlier in the night, the two were seen dancing and packing on the PDA in a private box, which they shared with T.Swift's brother, Austin, singer Kelsea Ballerini, bestie Abigail Anderson and Anderson's boyfriend, Matt Lucier.

Interestingly, a lot of the social media reaction to the photo has been focused on Swift's chest ... and not who she's holding hands with.

"IS IT JUST ME or did Taylor Swift get a boob job?" asked one fan. "Not trying to be a jerk can anyone tell me who did Taylor Swift's boob-job ... because it's really really good," posted another.

Chances are she just got herself a good bra, as she's already hit the red carpet a couple times this year showing more in the cleavage department. The same rumors popped up when she performed on the Victoria's Secret show back in 2014 too ... all thanks to a custom built bra from the company.

Things are definitely heating up between the pair, who was first spotted getting down to T.I's 2004 hit, "Bring 'Em Out," at the Met Gala in May.

"I sat next to her at dinner that night, and she was very charming," Hiddleston recently told MTV UK. "She is amazing – I've seen a couple of her videos."

It wasn't long after that Taylor and Tom created buzz for some lip-locking pics on the beach in Rhode Island, just two weeks after the "Shake It Off" songstress split with her boyfriend of more than a year, Calvin Harris.

Do you think these two will make it? Sound off with your relationship predictions below!