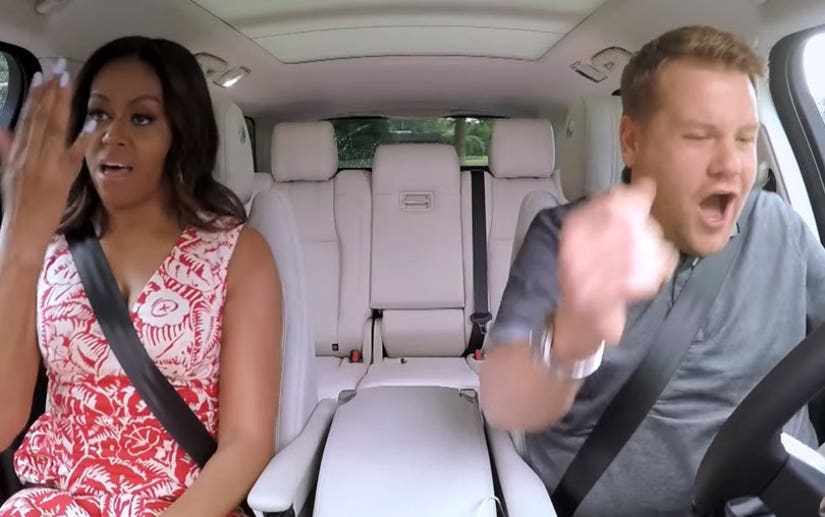 Michelle Obama is the latest celeb to take a spin in James Corden's "Carpool Karaoke" ride. But this time, FLOTUS gave the late-night host a tour of The White House grounds.

After talking for a bit, they slayed a performance of Beyonce's “Single Ladies” -- complete with the pop star's signature hand moves!

After revealing her Secret Service code name (she's Renaissance, Barack goes by Renegade), the First Lady talked about her "Let Girls Learn" campaign to spread education to girls all over the world.

She even has a song for the cause, “This Is For My Girls,” with the two performed with special guest ... Missy Elliott!

The rapper popped into the car for the surprise performance before the trio performed her own hit song, "Get Ur Freak On."

Check out the clip to see them in action -- you won't be disappointed!