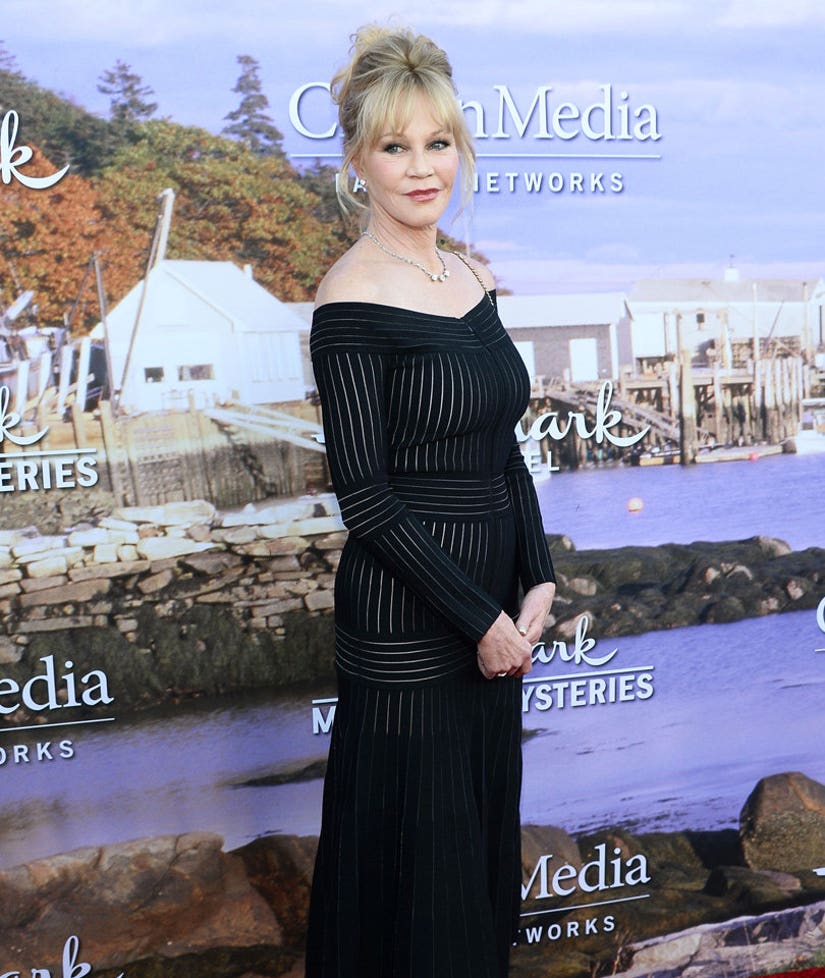 The actress -- who split from Antonio Banderas in December after nearly 20 years of marriage -- opened up about life post-divorce in a new interview with PEOPLE.

"I'm having a very introspective time right now," the 58-year-old told the site while at the Crown Media Party for the Television Critics Association in Beverly Hills on Wednesday. "It's an interesting time."

It definitely sounds like the "Crazy in Alabama" actress is still getting used to her new normal.

"It's just sort of nice," she explained. "My kids are all great. They're beautiful people. I'm single, and lonely, and bored, and confused – but then at the same time, totally curious. It's almost like I have to throw myself out of the nest."

Griffith is also having a hard time, especially now, with all of her children out of the house -- including her 19-year-old daughter, Stella, who she shares with Banderas.

"Life is moving on," she said. "My youngest, Stella, is starting USC in August, in two weeks."

"She'll be moving out, out.," she added. "She's got a dorm and everything. So that's kind of a different thing. I won't have any kids at home."

Not to mention, her two eldest children -- Alexander Bauer, 30, (who she shares with ex Steven Bauer) and Dakota Johnson, 26, (who she has with Don Johnson) -- are at the age where they're each getting ready to have kiddies of their own.

"I think just seeing my kids with their own kids is going to be the thing," she said.

Nevertheless, Melanie is taking this time to get in touch with her spiritual side.

"I just went to my house in Aspen, and it's in the middle of nowhere and it's at 10,000 feet in the Rockies," she revealed. "It really has a way, for me being there, that is very spiritual and grounding, and sort of lets you think clearly. Because here [in Los Angeles] it's so busy all the time and there's so much traffic and everybody's so stressed."

What do you think about the "Working Girl" star's candid comments? Sound off below and check out the gallery above to see more leading ladies then and now!