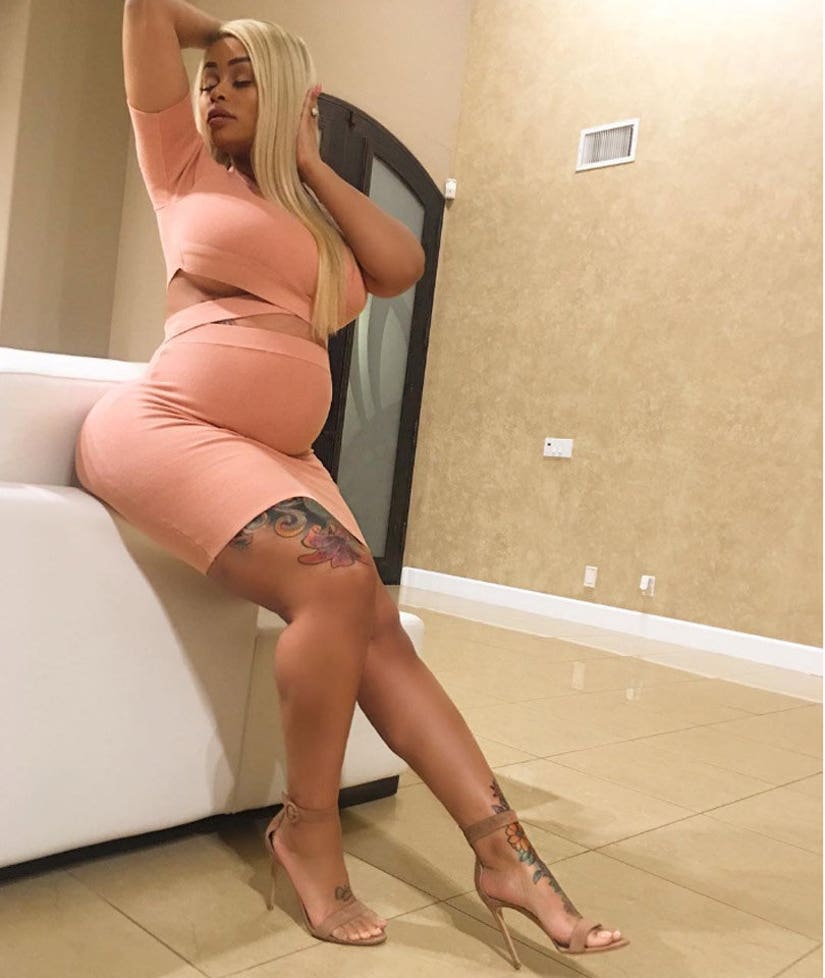 Some women dread gaining baby weight but Blac Chyna isn't one of them!

In fact, Rob Kardashian's baby mama is actually hoping to gain 100 pounds while she is with child.

Back in June, the 28-year-old revealed her weight gain goals to her Snapchat followers, saying, "Like no lie, my goal is to gain 100 lbs. this pregnancy."

And according to her latest post to the social media site, she is well on her way to achieving her goal.

But she doesn't think her burgeoning bump will prevent her from getting back to her old shape once her little one is here.

In a previous Snapchat post, the model said she planned to shed her baby weight with "Strict diet/ Waist training / Detox Tea / Working out."

Until then, she's definitely indulging in her pregnancy cravings; earlier this week Kardashian revealed that he'd spent $13,000 on food delivery for his bride-to-be in just one month!

"I truly believe I will be 200lbs when I delivery that's 17lbs away," she wrote in her weight gain Snapchat update.

If she does, we'll surely hear about it via her social media!